East of Ullswater ??? An Inland Voyage

THE steamer Lady Wakefield chugs down the lake with its cargo of day-trippers. This is the way to embark on a walk. Throb-throb of engines; white light shimmering on water; the scent of fresh-cut hay and its reminders of childhood; a voyage into the sun . . .

There???s something Edwardian about sitting in the bows of a steamer on a Cumbrian lake, surrounded by hazy mountains and the piping of birds ???Arthur Ransome, WT Palmer and all that. Remove the baseball caps from the sightseers ??? mostly pensioners ??? and confiscate their phones and digital cameras, and we could be gliding through the era of Asquith, Lloyd George and Vesta Tilley. (Click pictures for high-res versions) 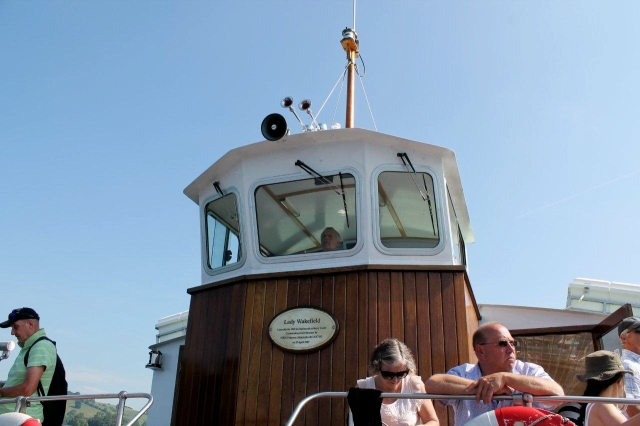 There???s a pre-First World War atmosphere, a sense of being in an age when Britain thought it knew its place. And in order to indulge in this celebration of misplaced nostalgia, I???m sporting a collarless shirt and my gentleman???s wide-brimmed straw hat.

Before leaving home I actually considered wearing a white linen suit for my steamer trip and stroll on the fells, in imitation of Alan Bates in one of those DH Lawrence film adaptations from the 1960s. But I settled for a compromise, which seemed a shade more practical if not as authentic. I also cancelled the night-school class in naked Turkish wrestling. 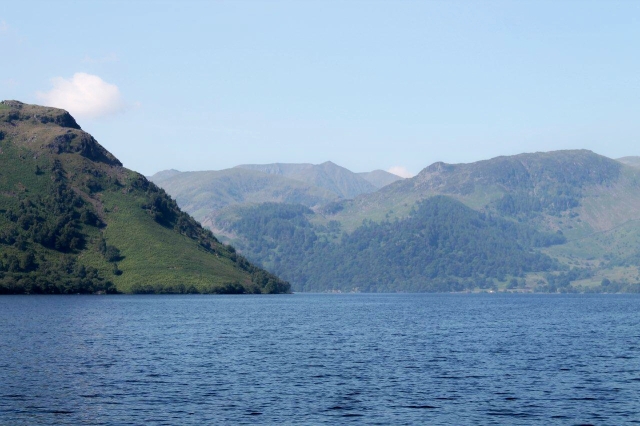 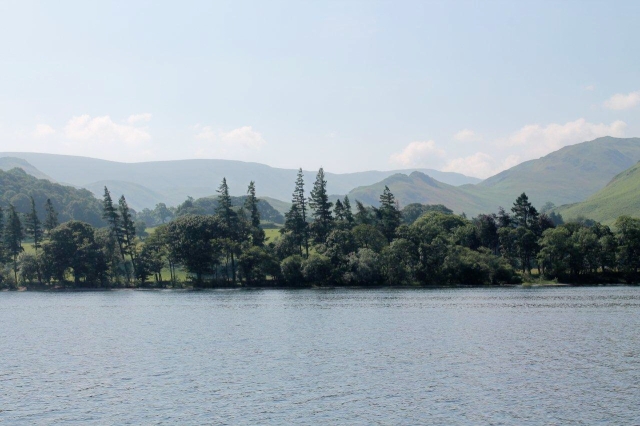 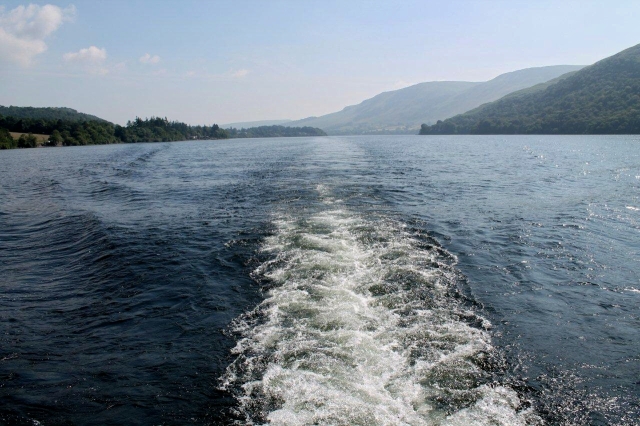 Upon landing at Glenridding I clump along the pier, unaware at this juncture that today is about to become one of the hottest days of the year. Ditching the white linen suit turns out to be one of my better decisions. Setting out to climb Place Fell (657m, 2,155ft, and pictured below) in uncompromising heat and tramping back to Pooley Bridge across high ground does not fall into the same category. But life???s a struggle anyway. 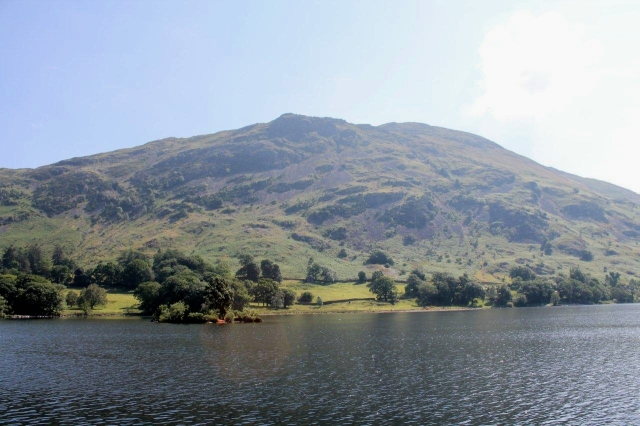 Hey, let me tell you this before we get going. Pooley Bridge is a village that???s been taken over by two-hour-limit parking bays and glaring yellow lines. The main car parks are run by the Lake District National Park and cost you ??7 (euro 8.09, $10.57 or 60.37 Danish krone) to leave a car for the day while you???re up on the fells. Scandalous or what?

A TUC report just published states that four in every five jobs created in the past year fall in the low-paid retail and care-home sectors, where the average wage is just over ??8 an hour. So never mind the expense of taking your family on holiday, if those workers fancy a cheap day on the fells to enjoy the beauty of Lakeland and introduce their children to the wonders of nature, they have to toil for the best part of an hour just to cover the parking fees.

Is this another indication that the Lake District is becoming the preserve of the affluent, a place where traditional visitors from the northern conurbations ??? with their boots and rucksacks ??? are being edged out by prohibitive prices? Is it yet more evidence that in Britain, unlike in other countries, national parks have been hijacked by a burgeoning tourist industry and its commercial interests?

Determined not to pay a ??7 parking fee in Pooley Bridge, I got there early and bagged one of the very few free parking spaces in the centre of the village. I???m not tight, but neither am I prepared to surrender ??7 of hard-earned cash to an organisation that boasts on its website that it???s introducing number-plate recognition cameras to enforce ???strict and timed enforcement procedures???. Sod the lot of them.

Jesus Christ. This is Wordsworth???s Lakeland, not Heathrow bloody Airport. What planet are these people on? And what are national parks for? To protect a unique and irreplaceable environment or to generate money? Philistines. 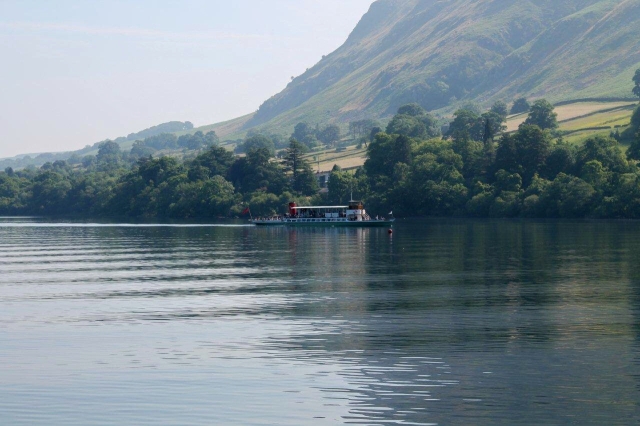 Ascending Place Fell from Patterdale I pass two elderly gentlemen who look as though they are about to keel over in the heat. No kidding. The first is sitting on a rock mopping his brow on the initial climb above the farm at Rooking; the second has slowed almost to a halt on the final zigzags to the summit.

Me, I???m absolutely dripping wet and my collarless shirt could do with wringing out. The wide-brimmed straw hat is proving to be invaluable. I can see where those Mexicans are coming from. But I???m not going to dance on mine, amigos. 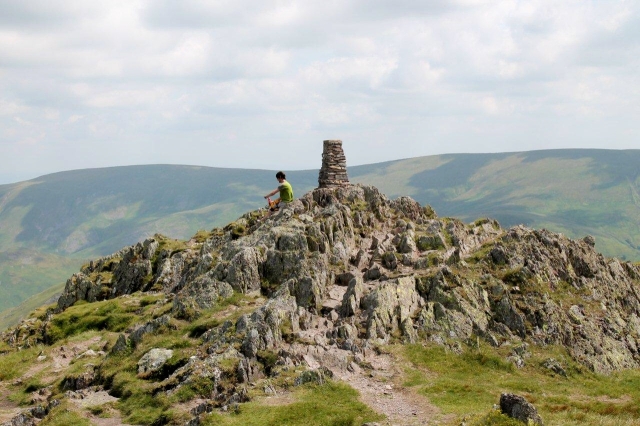 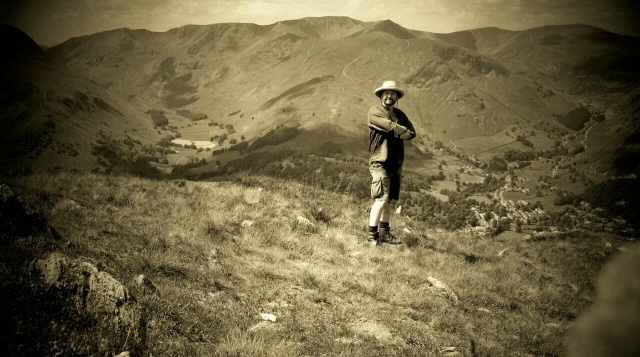 It???s years since I???ve climbed Place Fell ??? in fact, the last time was back in the 1970s. On that occasion we dropped straight down the front ??? Mike Coward and I ??? then raced to the Traveller???s Rest for several pints of cool beer and slept it off on the campsite. Those were the days, my friend. I thought they’d never end.

Today, from the summit, I head north over High Dodd and Sleet Fell then drop down a steep grassy bank to Sandwick where the air is hot and still. Tarmac is melting on the road in Martindale. Sheep shelter beneath shady trees near the church. The only sound is the buzz of bees. 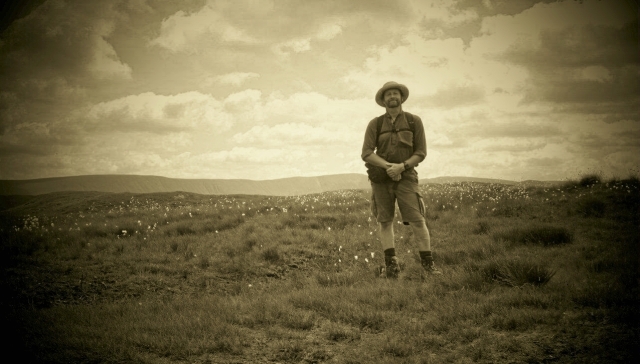 The plan is to cross the valley where the hamlet of Howtown nestles among fields of new-mown hay, climb 350 metres (1,150ft) up the front of Loadpot Hill with the afternoon sun burning my back, and continue the high-level walk towards Pooley Bridge.

I raise my eyes ??? squinting through stinging sweat ??? to the steep bracken slope soaring towards scattered crags high above me, and the plan alters. There is no way on this earth I???m even going to attempt Loadpot Hill in this heat.

So I crack open a third bottle of water and take a path that skirts along the ridge beneath the rough ground, following a wall marking the upper limit of the intak fields. Another wise decision, it transpires. 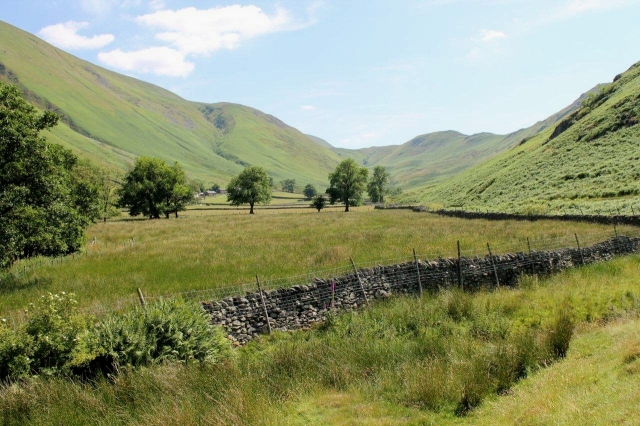 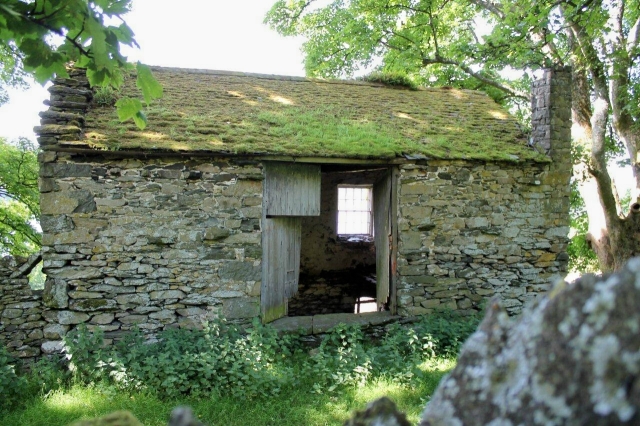 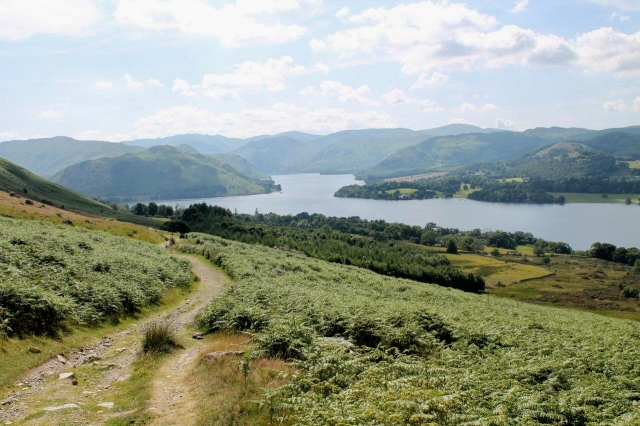 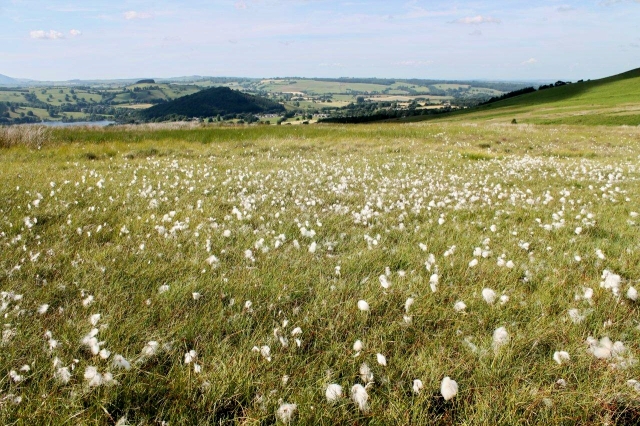 Those Edwardians had it easy. Gentle strolls in an afternoon sun; cool beers in a wayside tavern where a subservient publican calls you Sir; a glance at the Times to see where the Kaiser???s holidaying; a spot of naked Turkish wrestling on the Axminster in front of the fire. But I don???t think it was like that all the time.

My Edwardian reality is a shirt so wet it would shuffle shamefully into a corner and beg to be shot if I threw it to the ground; a wide-brimmed hat that???s stained and frayed; and toes that turn up with cramp when I remove my boots in the centre of a hot, sticky and bustling Pooley Bridge. No one calls you Sir in Pooley Bridge, by the way.

36 Responses to East of Ullswater ??? An Inland Voyage