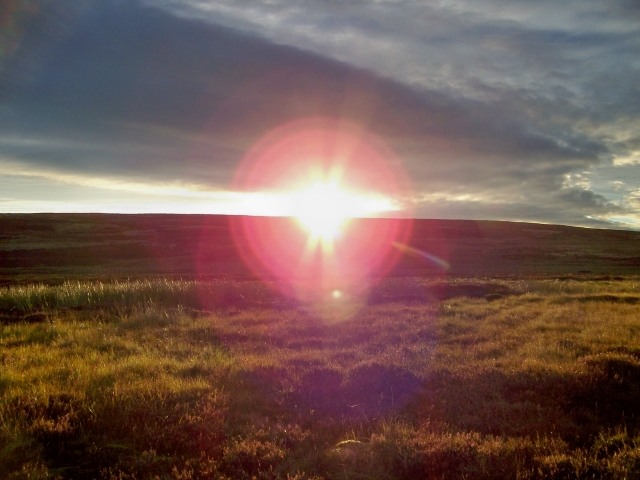 WE used to live in a Cumbrian village called Marton, which had the nickname ???La???l Hell??? ??? or Little Hell. In its iron-mining heyday, it was said a bloke had to ???fight to get in and fight to get out again???. I note from the internet that Hexham shares the same distinction. Hexham was known as the ???hell??? of the Border country. In the old days, if you wanted to offend someone, you said ???To Hexham wi??? you and ye???r whussell???, or ???Gang to Hexham???. Which makes me wonder why I???ve spent to past two days walking there . . .

From Hangman Hill I???m heading for Hell along Broad Way, a footpath across the moors that links Allenheads to the outskirts of Hexham. I have no doubt that before the advent of metalled roads it ran all the way to the town, affording travellers and drovers a convenient route from the south to the north. (Click images for high-res versions) 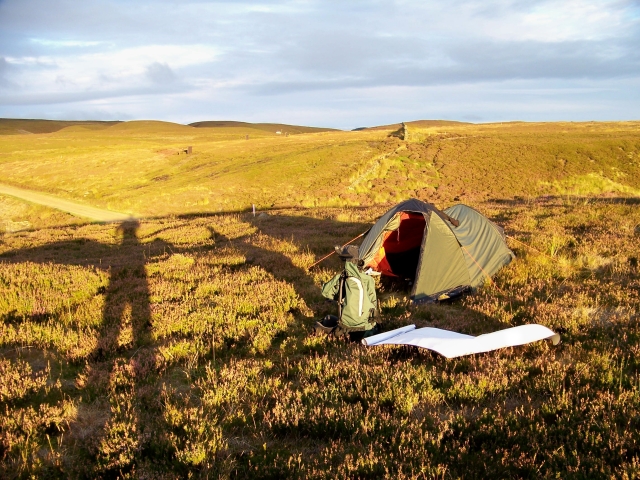 My night beneath Hangman Hill was uneventful. I wasn???t attacked in my tent by cattle thieves, highwaymen or lesser ruffians, and I heard no moaning, groaning or creaking of nooses on the night wind. In fact, except for the continuous clucking of grouse ??? which are so thick and desperate to be shot that they peck about in the heather like domestic hens ??? I had a very peaceful time.

Now it???s 7.40am, the sun is shining after rising behind Hangman Hill in a glorious moorland dawn, and I???m on the high track to Hexham ??? or Hell, as we shall call it for the sake of tradition.

But really, there isn???t much left to say, because my walk from Bowes is pretty much at an end. After two or three miles, Broad Way descends to fertile valleys and joins the national road system, running straight and true between widely-spaced walls that perhaps shed light on its origins. I???ve only six or seven miles to walk to Hell ??? which, incidentally, is the only Tory-held seat in the North-East ??? so instead of boring you with small talk about the weather or my blisters, I intend to have a rant. 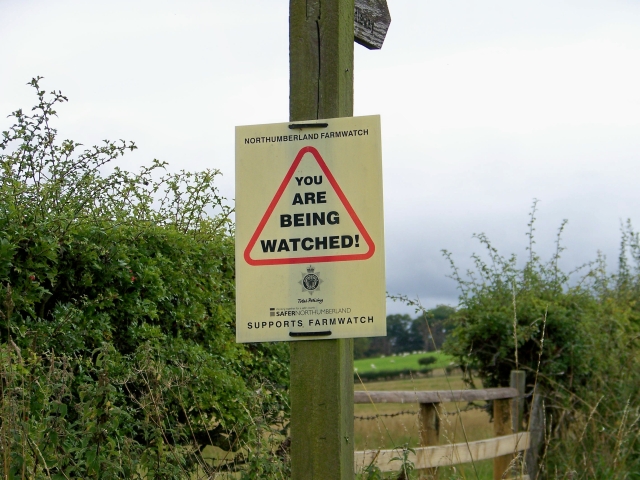 On my march to Hell I pass many farm entrances, and nailed to the gates or gateposts of most of them are yellow signs saying: ???YOU ARE BEING WATCHED.???

If these signs were fastened to farm buildings so that the only people able to read them were actually walking ??? legally or otherwise ??? on private land, then I would have no issue with them. But I am on a public road. I have as much right to be where I am as the farmer, his wife and the dairymaid.

The last time I sat down and thought about it, I was living in a free country. We have a right to privacy and a right to roam. We have freedom of movement on public roads and pathways, and many generations of men and women have laid down their lives to uphold those freedoms.

When I am going about my business in a public place, harming neither person nor property and abiding by the law, the last thing I need is some faceless landowner telling me I am being watched, because this indicates to me that I am automatically a suspect. I am a potential thief, a robber, an enemy of the farming community.

I am none of these things; I am a British citizen with rights and responsibilities. I do not accept I should be watched because I am simply walking along a road. I do not accept it is reasonable for the public to be affronted or intimidated in this manner. So in a perfect world, I would expect those landowners, farmers, tenants, or whoever, to remove their signs and stick them somewhere more appropriate. 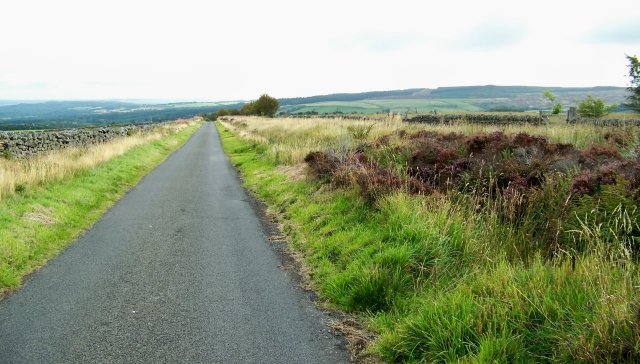 After a couple of hours pounding tarmac, I reach the long and steep descent into Hell. By now I???ve arrived at the conclusion the landowners in this vicinity have for generations held the belief that all strangers are potential sheep thieves, cattle rustlers, vagabonds, villains, highwaymen, robbers, ne???er-do-wells, tinkers, apple-scrumpers, egg-stealers and poachers. Hence the strategically-positioned Hangman Hill on the high road from the south ??? a grisly welcome for visitors and a sharp warning to those who intend falling foul of the law.

On the edge of the town centre I cross another road descending from the east. It???s called Gallows Bank.

Welcome to Hell. The next train leaves in ten minutes and I???m going to be on it.

26 Responses to A Pennine Trek, Part 3 ??? Hell and High Walking