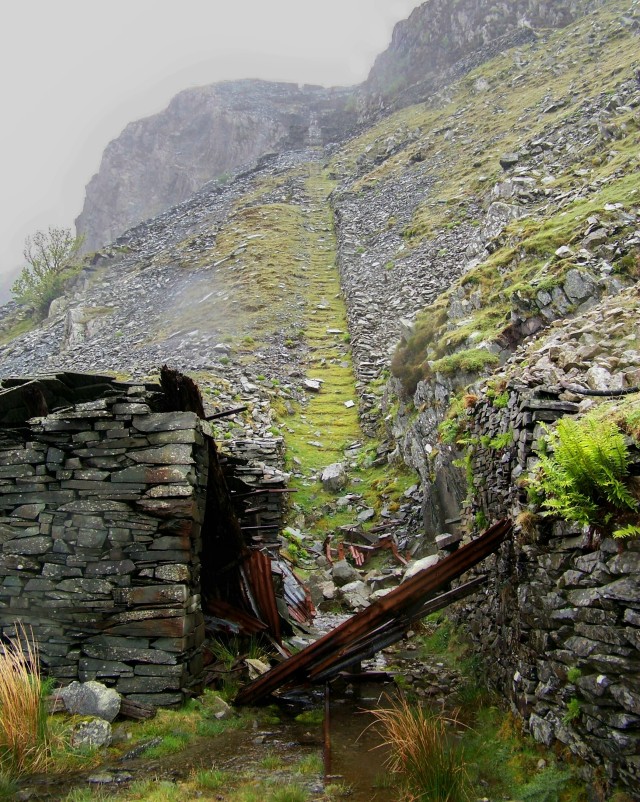 The foot of the Yew Crag incline, above Honister Pass

HAVE you ever been in a situation where you’re telling a tale from long ago and you’re just about to deliver the pay-off line when someone interrupts with something like: “George Formby died in 1961 so it wasn’t him you saw playing dominoes in the Tan Hill on the night Port Stanley was liberated. Ted Moult, perhaps”? So you do a Google search on George Formby, only to discover your friend is right. But the memory is as clear as if it happened yesterday. You are filled with self-doubt. Are all your memories built on such shaky foundations, you ask yourself?

Someone once said, and I can’t remember who – which is probably just as well – that memories are thoughts resurrected from the last time you visited them. In other words, if you dredge up a childhood memory, then that memory may have mutated into something totally different over the years. What you are remembering is its particular form the last time you remembered it. 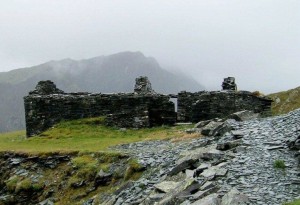 The reason I’m delving into this rather deep though engrossing subject is because I’m slogging up the road from Seatoller to Honister Pass in the pouring rain, with the intention of climbing the Yew Crag quarries incline to the top of Dale Head, and the last time I did this – which was in 1978 – I found a brass bedstead sticking out of the ruins of a quarry cabin right on the crown of the crag. 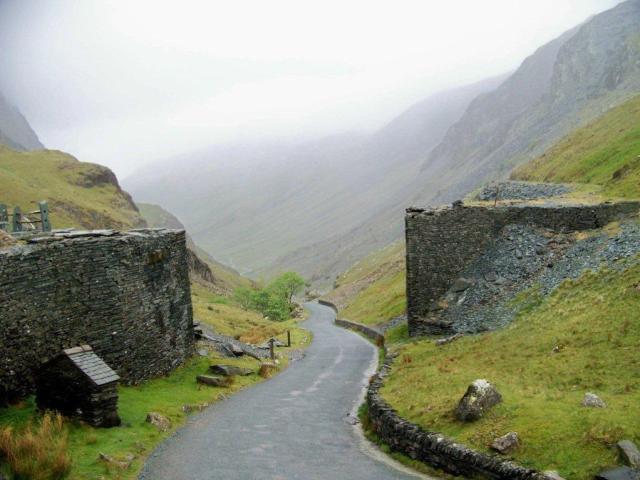 And now I am doubting the reliability of this memory. What was a brass bedstead doing at an altitude of 1,800ft? The quarrymen certainly worked and slept on Honister Pass, because the building that is now the YHA was the quarry barracks. But what was a brass bedstead doing in a now roofless bothy about 700ft higher? It can’t have been for the quarry fellas, because I’ve worked with the cantankerous sods and they’d have fallen out over it as soon as look at it. 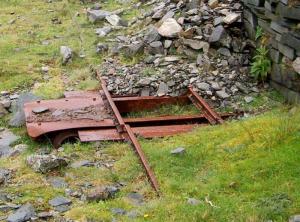 There is also something incongruous about a brass bedstead in a quarryman’s bothy. It’s like the doughnut in granny’s greenhouse. By the way, did you know George Formby’s song With My Little Stick of Blackpool Rock was banned by the BBC because it was deemed too naughty?

I will not recommend the ascent of Dale Head by the long-abandoned and ruinous Yew Crag incline. Like the quarry inclines that cut diagonally across the face of Honister Crag on the opposite side of the valley, it is in a precarious state of repair. Unlike Honister, which is still a working quarry, Yew Crag has been allowed to decay since its closeheads (underground quarries) were abandoned in 1963.

Yew Crag remains, nevertheless, a fascinating place. Anyone interested in industrial archaeology, gravity inclines, ropeways, and the monumental architecture of the 19th and early 20th Century slate quarrying industry will have a field day here. 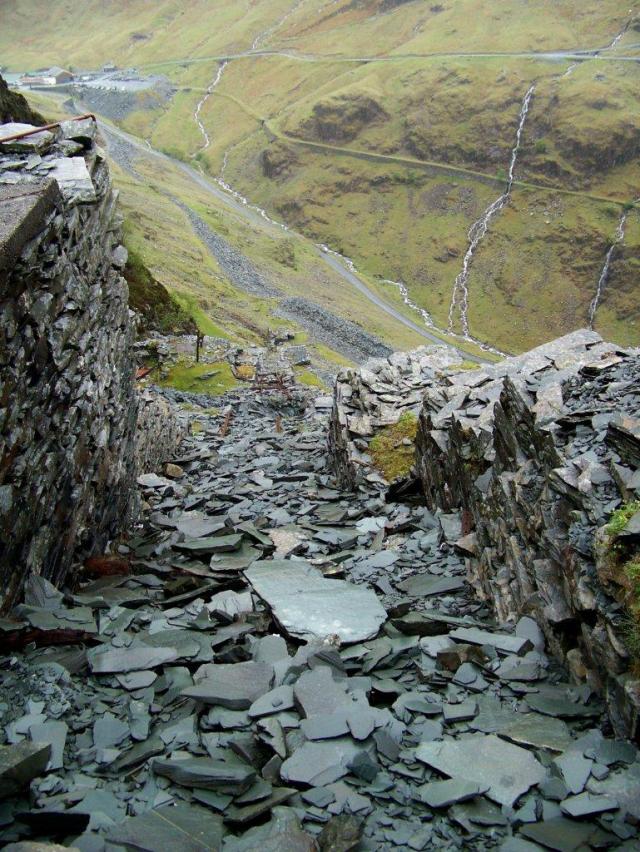 Looking down the incline with the Honister sheds in the distance 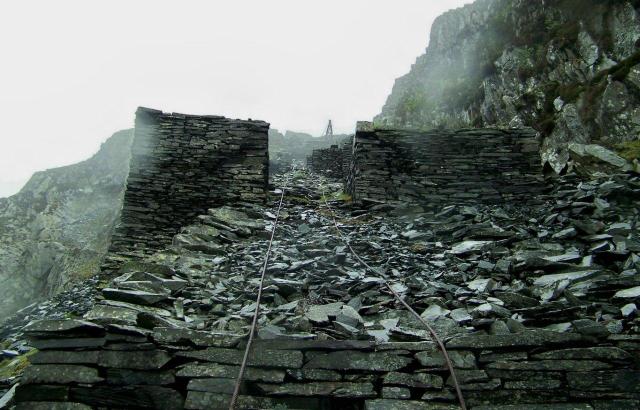 Looking up the Yew Crag incline 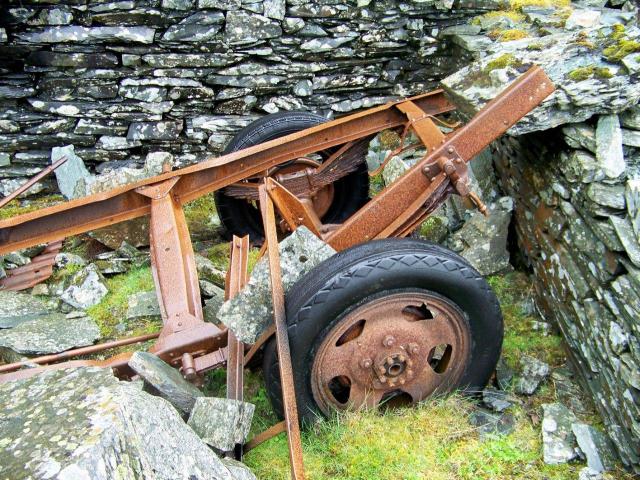 The remains of a flat-bed wagon, halfway up a mountain and several hundred feet above the nearest road 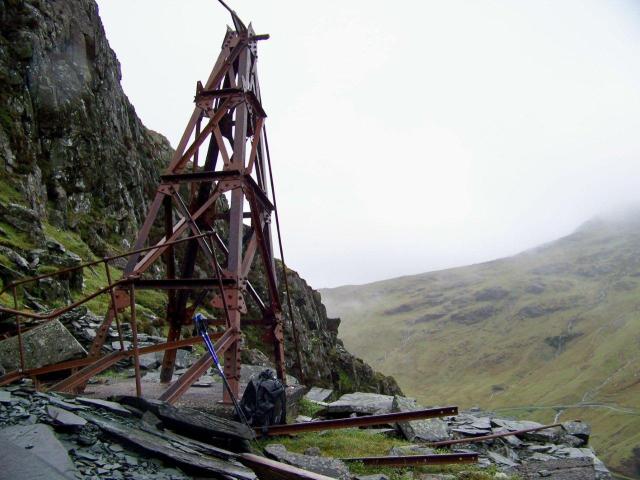 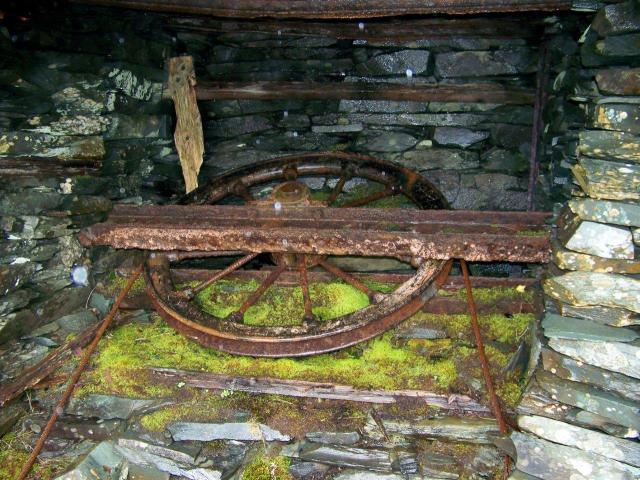 In its final years of operation, the upper section of the incline was abandoned and this sheave-wheel installed to lower bogies down the operational section. Power was provided by an electric motor situated at the foot of the incline 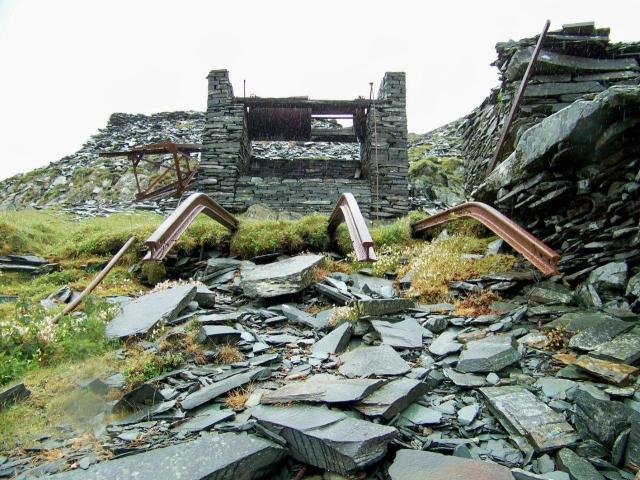 The original winding drum at the head of the incline, which was worked by gravity 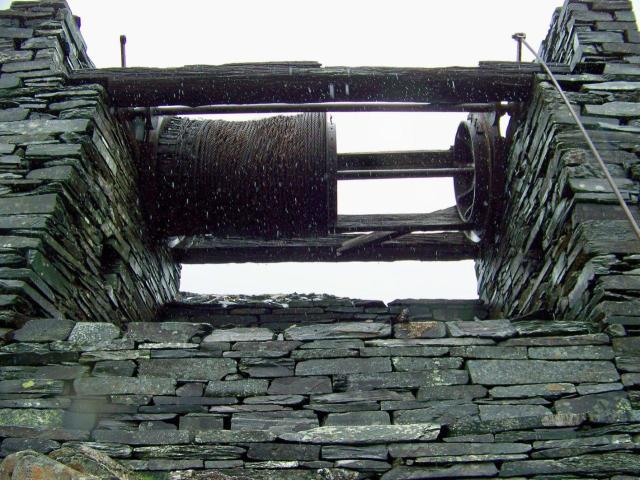 This might have been an opportunity, under more favourable circumstances, for me to digress into the history and development of gravity inclines in Lakeland’s extractive industries – but I’m looking for a bedstead (notice I’ve dropped the word “brass”. This is self-doubt creeping in).

Suffice to say that gravity inclines were tramways that transported slate or minerals from the top of a hill to the bottom. Empty wagons ascending were lifted by the weight of loaded wagons descending, to which they were attached by a cable wound around a drum at the head of the incline. These contraptions worked for many years and with little or no carbon footprint left on the environment other than the odd grease bucket or severed limb. Having said that, in its most recent phase of development, the Yew Crag incline was powered by an electric winch situated at its foot. 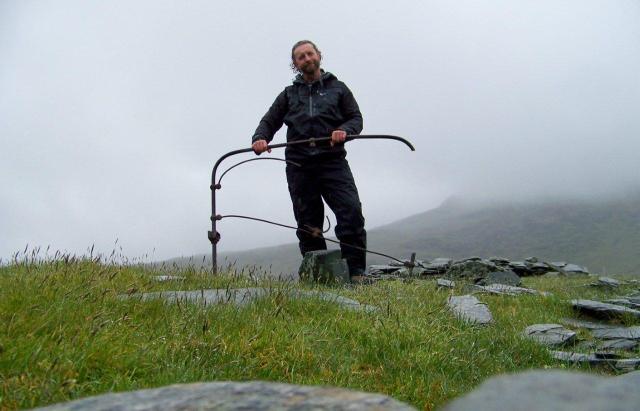 Let’s cut to the quick. I find the bedstead, though it’s not in the place I left it all those years ago. It has been moved from its ruined bothy and placed against a retaining wall beneath the incline drum house near the uppermost workings. And it’s not made of brass. Unless – and this is a possibility – two bedsteads exist, and I’ve stumbled upon a rusty iron version, and the brass one I found in 1978 is gleaming like Beowulf’s golden drinking horn somewhere out there in the mist.

I journey on in whipping wind and rain, over the summit of Dale Head, on to High Spy, Eel Crags and Bull Crag, and drop down into Borrowdale, very wet though in high spirits. 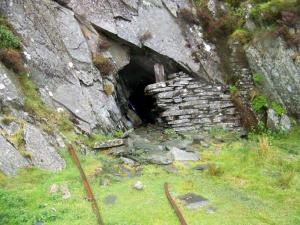 One of the many slate levels off the incline

Gravity inclines. Are they fascinating, or what? In the early 20th Century, at the Burlington slate quarries at Kirkby-in-Furness, in which I worked during the 1980s, they used to raise slate clog from the quarry bottoms using water balances – hoists powered by water. Tanks of water descending a shaft lifted clog bogies to the top. Once at the bottom, the tanks were drained, rendering them light enough to be lifted by the empty bogies descending. The quarry fellas kept a sack tied over the drain pipe to catch fish and eels that might have blundered into the system.

Many funicular railways at seaside resorts originally worked on the same principle. The cliff lift at Saltburn still does. I bet George Formby knew that. 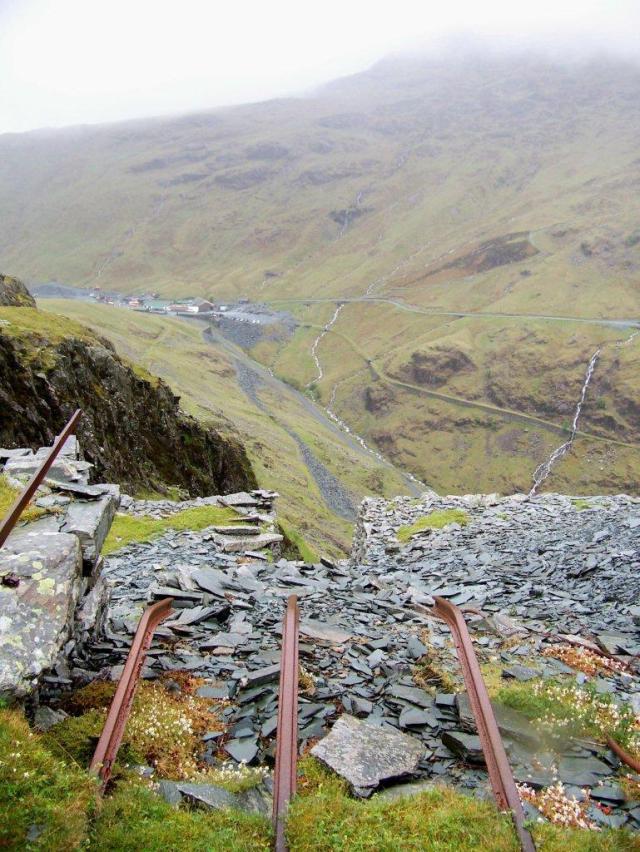 Looking down the Yew Crag incline from the drum house at its head, about 700ft above Honister Pass

2 Responses to Yew Crag Incline and the Quarryman’s Bedstead