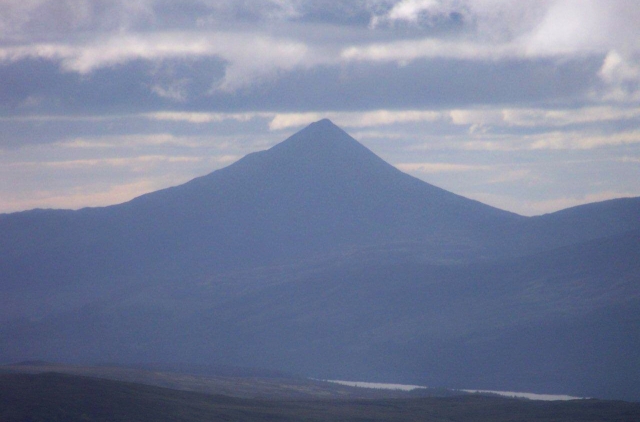 THE night is dark, though I see stars twinkling and the summits of mountains at my feet. Stob a??? Choire Odhair, Stob Ghabhar, Clach Leathad and Meall a??? Bh??ridh form a great crescent in the west, with snow clinging to their ridges. As dawn approaches I become aware ??? between fleeting bouts of sleep ??? of the sky growing pale in the east. It is cold, so cold, and my sleeping bag is damp with dew. My breath steams and hangs in the hollow where I lie, in the wilds of Rannoch Moor where the old military road spans the river gorge at B?? Bridge.

I extend cold hands from the sleeping bag and light the petrol stove. Soon I am sipping hot tea from a billycan. The stove is still roaring. I toss some bacon in a pan and raise myself onto an elbow to gaze out across the moor. Away in the east is a mountain shaped like a perfect pyramid. Its name, I learn later, is Schiehallion ??? a magical name for a magical mountain. Last night I took a bearing of the sun sinking behind the snow-capped ridges to the west, and worked out that it would rise above this perfect pyramid. And there, in the still air of dawn, is the golden sun hovering on Schiehallion???s summit . . .

I can???t remember the exact date I slept beneath the stars on Rannoch Moor. It was sometime in May 2000 while I was walking the West Highland Way. I refer to it now for several reasons. First, as a lesson never to sleep out beneath the stars in unsuitable gear, because it is always far colder than you expect and your sleeping bag gets wet. Second, because it is a vivid memory, and vivid memories tend to mutate alarmingly over the years. Third, because it is one of the experiences that spurred me into setting up this website.

Some time ago I was leafing through a diary I kept during the 1980s and was astonished to stumble upon incidents and events that had been completely erased from my memory ??? there were even people I had completely forgotten. There were also expeditions onto the Lakeland fells that had been filed away in the depths of consciousness and would have remained there had I not revisited this hand-written record.

It became apparent that there must have been more events, and people, and memories that had slipped irretrievably away because they had not been recorded. So I decided I would compile a journal of my future expeditions ??? and the journal evolved into Because They???re There.

I mention this now because I have just had an unsettling reminder of how fickle and fallible memory can be. Reading an account of an ascent of A??? Chailleach and Sgurr Breac in Scott Blair???s entertaining mountain blog Splendid Isolation, it occurred to me that I must have climbed these mountains because they form part of a range of hills called the Fannaichs ??? and I reckon I???ve climbed them all. But I have absolutely no recollection of these two hills.

This is probably what people call a senior moment. Like when you go upstairs to fetch something but when you???re up there you???ve forgotten what it is you went for. So you traipse down again and put the kettle on. Then you realise you???ve left your favourite mug in the bedroom and that???s what you went for in the first place.

I consult my guidebook, The Munros ??? Scottish Mountaineering Club Hillwalkers??? Guide, to check the route I would have followed; and it fails to ring a single bell. Have I missed two big mountains at the side of the main road between Inverness and Ullapool? That???s a bit reckless. Self doubt creeps in.

I skip through Munro’s Tables to see if I???ve ticked off A??? Chailleach and Sgurr Breac ??? and, sure enough, according to my records they were climbed on July 29, 2003. This does little to ease the self doubt, because I still do not recall the faintest detail about the ascent.

I summon Google Earth and descend from space onto A??? Chailleach and Sgurr Breac, which might as well be two lumpy things in the Gobi Desert for the paucity of brain cells they electrify. Even the track from the main road, a short stretch of path through a forest and a footbridge over a river fail to entice the slightest flicker of recognition from the dark wormholes that riddle the mind. Incidentally, Scott also had a senior moment-type experience up there, only his was a directional thing.

Then the faintest of sparks. Beneath the slopes of A??? Chailleach, at the head of Loch a??? Braoin, the satellite image shows a boathouse and a roofless ruin. A brain cell glows, and it says in a voice not unlike that of an alien from Dr Who: ???You once took a picture of a ruin like that, a ruin somewhere in the Highlands, with the loch framed in a glassless window and flowers among the stones. There???ll be a 35mm slide somewhere with a date stamped on it. You can spend half a day seeking it out instead of laying that carpet you promised to lay.??? 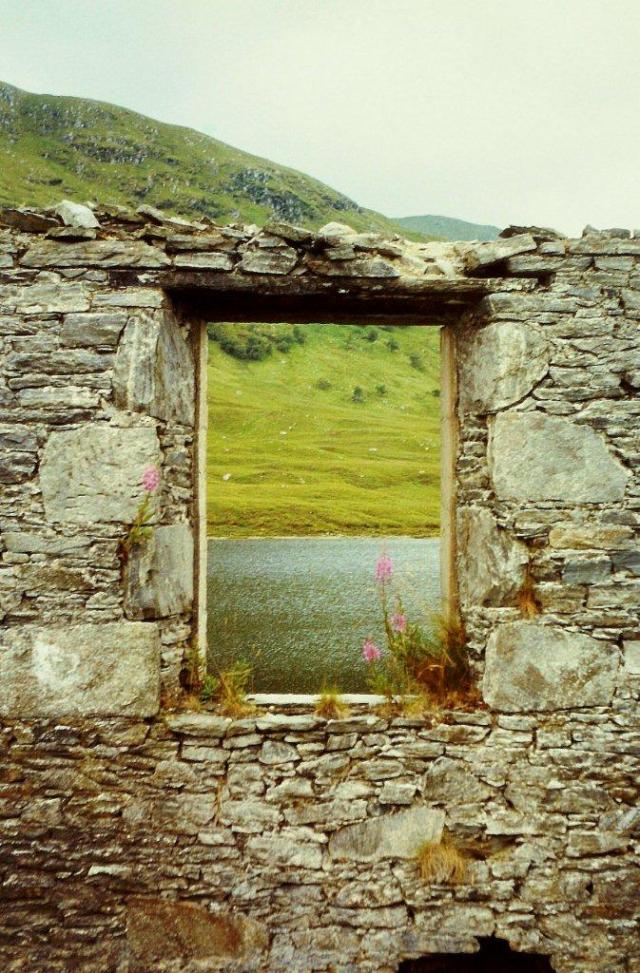 Memories, misty water-coloured memories, as Barbra Streisand so accurately sang. They cannot be trusted. They twist and dive, leading the unwary down avenues that might not have existed. Occasionally they sink without trace. And that is why it???s so important to keep a written account and a photographic record of where your feet have wandered ??? and to commit those memories to the permanence of cyberspace.

Slowly those pieces of the A??? Chailleach and Sgurr Breac jigsaw are slipping back into place. I saw my first large herd of red deer streaming over a ridge on those mountains. I even have a blurry picture to remind me.

That account about a night beneath the stars on Rannoch Moor has been written from memory more than 12 years after the event. Other than the fact I slept in the open at the side of B?? Bridge, I wouldn???t trust a word of it (the Schiehallion pictures were taken through telephoto lens from Sg??r Gaibhre a couple of years ago). Memories are far from reliable. Can Schiehallion be seen from B?? Bridge? I wouldn???t put a fiver on it. And I???m certainly not going back to find out.

FOOTNOTE:
I???VE taken the trouble to buy a slide converter to provide illustrations for this article, so to maximise value for money I???ve included a couple of shots of An Teallach, which I traversed two days after??A??? Chailleach and Sgurr Breac. There would have been more shots only the mist came down at the crucial point ??? just before I set off along the ridge. There???s even a shot of some very greasy slabs where I slipped and gashed my head open. Or did I just scrape my chin? I’m not sure because that’s a dodgy memory too.