On the Tide Line – But Not Quite Washed Up 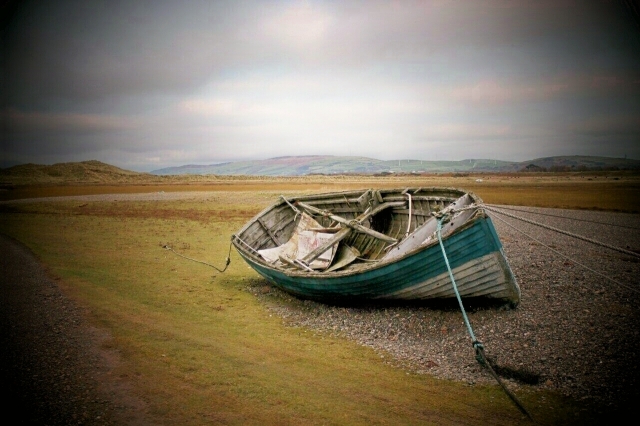 THERE’S a special place on the Furness peninsula where people live in huts for much of the year. Some of the huts are made from old boats, others from scraps of wood, door frames and bits of recycled houses; a couple of the more modern ones resemble holiday chalets, complete with double-glazing and wind-generated electricity.

I take a dog and a granddaughter and we plod across a railway line and around a bay to this smattering of huts at Lowsy Point. And we gaze across the waters of Walney Channel to the distant slagbanks of Barrow-in-Furness, and the grey blur of a town once dominated by shipyard cranes. This was where my working life began – in that grey smudge – back in September 1973. And I suddenly realise the irony of visiting this place today. Because at work last night, a hundred miles to the east on the other side of the Pennines, I was handed my notice of redundancy. That’s me gone full circle. Finished . . .

The headland of Sandscale Haws is a nature reserve in the Duddon estuary famous for its colony of natterjack toads. Lowsy Point juts from its southern side, pointing towards the northern tip of Walney Island. (Click images for high-res versions)

My father used to tramp across these sand-dunes with his 12-bore shotgun and me and my brother in tow. I can still feel the chilblains I acquired during the long winter evenings spent crouching in the rushes waiting for geese that never materialised and rabbits that were snug and warm in their burrows. I used to pray he didn’t shoot anything because it made the bag heavier.

And here I am again, about forty-five years later, with a girl who is attracted to mud and my mother’s frantic collie. Black Combe dominates the skyline, as it always does in these parts, and occasionally we are treated to glimpses of the Lakeland fells – a broad arc stretching from the Scafell range in the west, through Bowfell, Harter Fell, Dow Crag and Coniston Old Man, to the slopes of Helvellyn in the east. 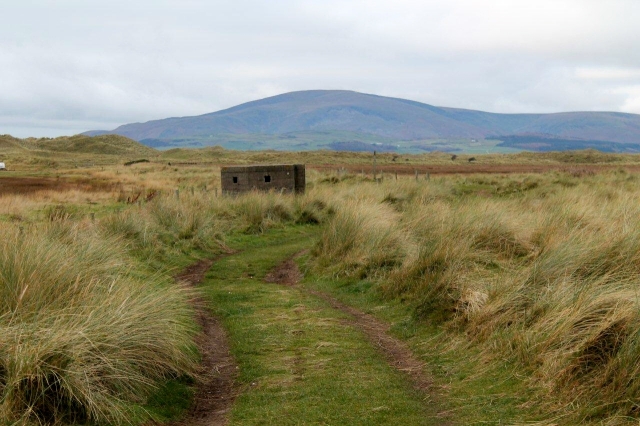 And the seascape: grey vistas stretching to the Isle of Man and the mountains of Mourne on a clear day. Beaches of grey shingle and acres of perfect sand. Dunes that rise white from the water and roll inland like petrified waves. A bloke can lose himself in the silence. Just walking. A bloke without a granddaughter and Border collie, that is. 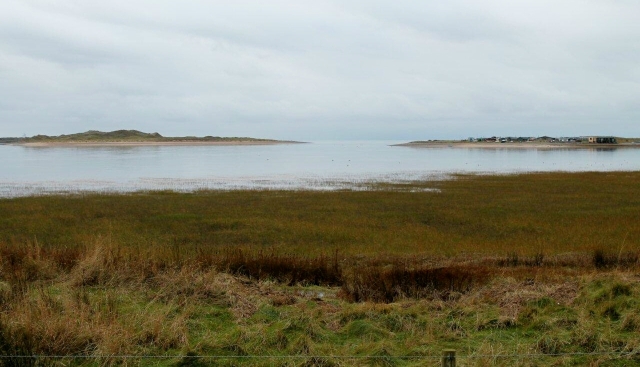 This is one of those excursions where we wander at will. We spy a wreck of a boat above the tide line, and I sit in the damp shingle while her ladyship clambers among the frames. That’s the sort of thing I used to like doing. The dog runs in circles because it can.

Then we wander among the huts and smell the wood smoke, and feel the cool wind on our faces, gusting in from the Irish Sea. And we sit on a bench and soak up the atmosphere as a boat slides around the tip of Walney. All that’s missing is the faint, rhythmic poetry of the Shipping Forecast drifting from a half-open door. Do you know how they make you redundant these days? 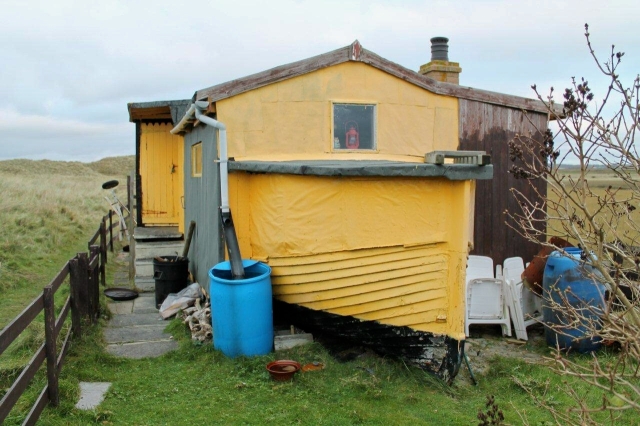 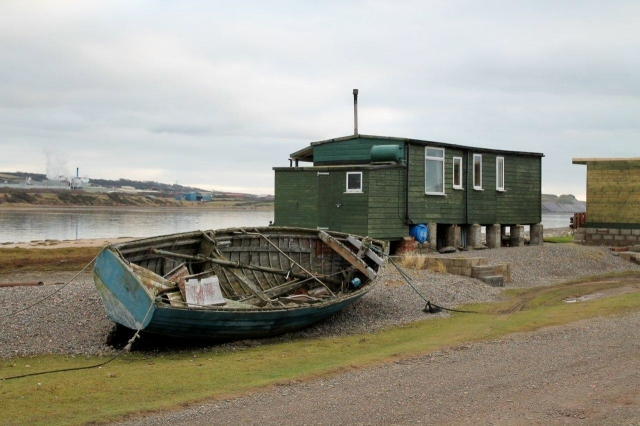 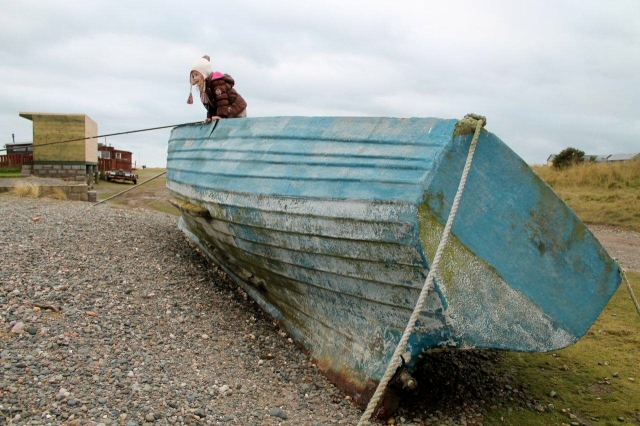 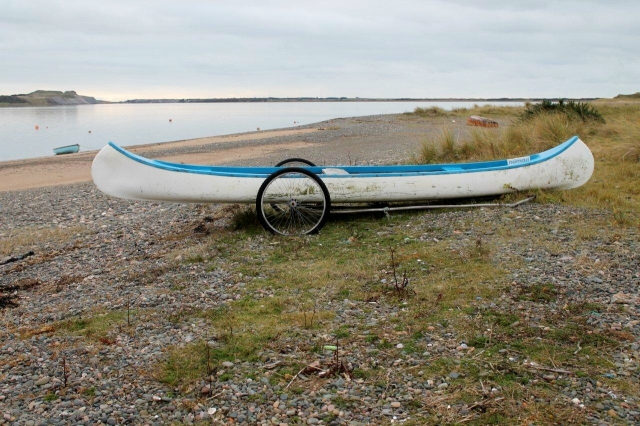 I thought I was familiar with the redundancy process because I was handed my P45 on three occasions during the 1980s and early 1990s. In the old days they used to get rid of you when the company was losing money – sort of throw the sailors overboard to stop the ship sinking.

Now they get rid of you to increase profits – they ditch the sailors to make the ship go faster, that’s the name of the game. It should be noted that, in true British fashion, the captains (two) and high-ranking officers on my particular vessel have actually increased in number during the past five years. They are still dining at the top table while prodding the sailors along the plank.

I didn’t intend to employ a maritime metaphor here but it seems appropriate because of our proximity to the sea. It is also suitable because the very first editor of The Northern Echo – the paper I have spent the past 18 years working for – Mr WT Stead, went down on the Titanic. No kidding. He’s at the bottom of the Atlantic in his top hat and tails.

So they gather you all together and announce that the entire sub-editors department in Darlington is being scrapped – along with its counterparts on sister papers in York and Bradford – and all our work is being transferred to Newport, in Wales, where fewer people on lower wages will edit stories about places they have never heard of except in the football results.

Welsh private-sector growth will be boosted, and I have no doubt that George Osborne will point to growing employment in an employment blackspot as another sign of the economic recovery. Green shoots sprouting among the leeks and daffodils, if you like, boyos. But at the expense of a higher number of jobs in the North of England. There’s something perverse about that.

So we walk along the shingle to exercise our muscles and generate an appetite for tonight’s Chinese take-away from the Happy Garden in Askam, kicking stones and throwing sticks for the dog, waving at people doing jobs on their sheds, and breathing the fresh sea air with its rich smells of seaweed, fish and salt.

Funny how things change. The slagbanks across the channel have been landscaped in recent years. The shipyard cranes have nearly all vanished, although ships are still built in Barrow. The railway line we walked across has been downgraded from double to single-track. But the tide still flows and ebbs, and the natterjack toads are thriving. 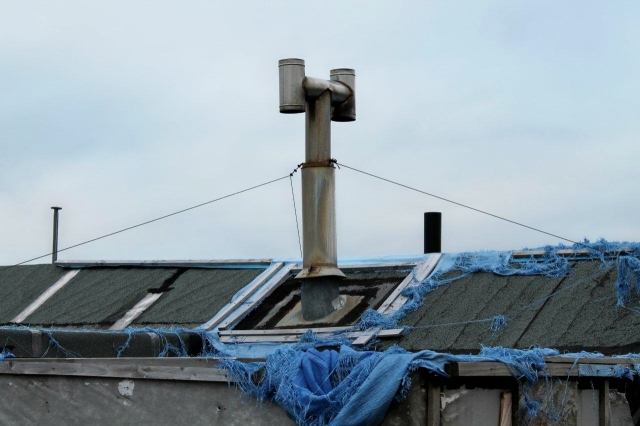 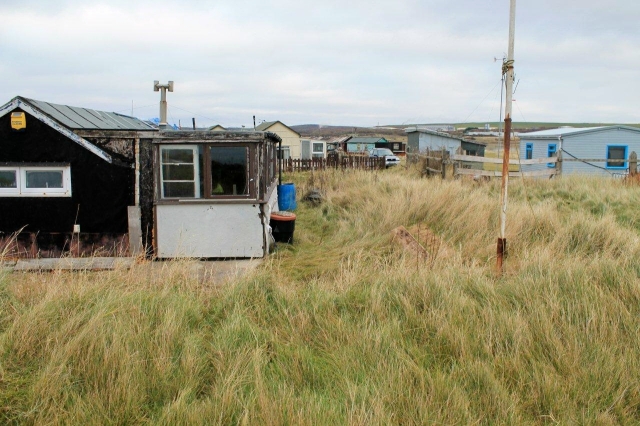 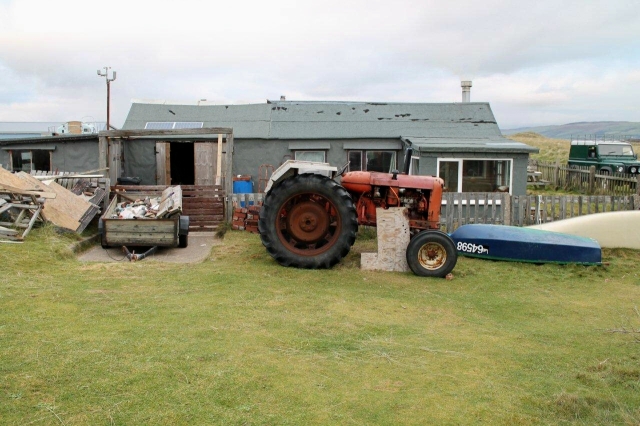 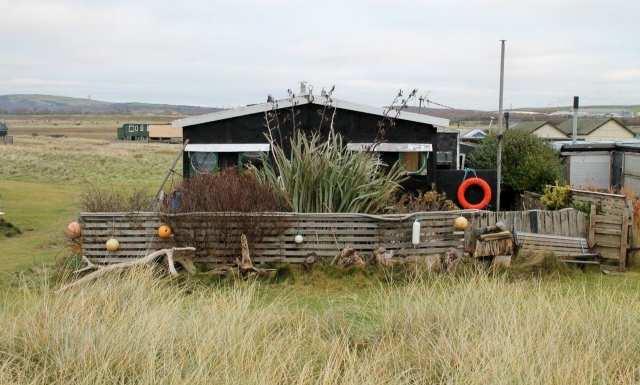 I retrace my steps around the bay with the granddaughter on my shoulders and the dog still dashing in noisy circles, as the sun goes down and the December shadows lengthen. Oil lamps twinkle in windows at Lowsy Point and stoves warm snug corners. The shed-dwellers are pulling on cosy slippers and preparing for another peaceful night in their alternative lives.

That’s another walk over. Another era, in fact.