Blog on the Tyne

WE have a favourite walk, my wife and I. If we have visitors, and they are new to the North-East, we shepherd them along this walk because it cuts through the social, industrial and cultural layers of the region like a knife slices through a little fishy on a dishy. And it fuses earth, water, sky, chips, tea and cakes into a day to cherish. It’s a walk of only three or four miles, with two rides on the Shields ferry thrown in, but we really enjoy it . . .

This is the itinerary for today. There are three of us on this cold and blustery Saturday morning – my wife, Anne, myself and the unruly granddaughter. We leave the car at the Customs House Theatre on the riverside in South Shields, catch the Shields ferry across the River Tyne to North Shields, then walk along Clive Street to Western Quay and the Fish Quay.

We buy fresh fish from one of the many fishmongers, shove our catch in the rucksack while devouring whelks, purchase a portion of chips to share between us, then follow the prom to Tynemouth and Whitley Bay where we partake of tea and cakes in the rather genteel surroundings of a teashop garden. We then return to the Fish Quay by the main road, dropping down the fascinatingly-named Correction House Bank to the riverside, then catch the ferry back to South Shields.

This walk can take all day because there are many digressions and points of interest. For instance, today we discover a new flea market on the Fish Quay. It’s 50p to get in, and the fee includes a cup of tea.

Then there’s Wight’s grocery store at the Fish Quay, which could fill an article in itself; Tynemouth Priory, where in the past we have observed native brassicas growing on the cliff tops; sandy beaches at Whitley Bay; a weekly antiques and bric-a-brac market on Tynemouth station; and backstreet pubs that haven’t changed since Admiral Jellicoe steamed off to the Battle of Jutland. 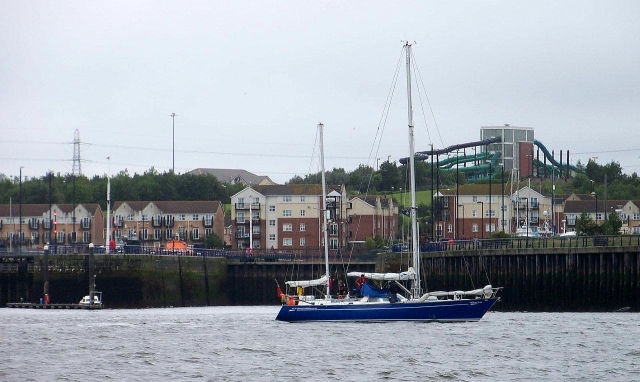 In the 18 years we have been walking this route, the area has changed dramatically. Derelict shipyards have been swept away while revitalised yards have opened; empty warehouses have been converted into flats; the quaysides have been renovated; smart restaurants have opened; new life has been breathed into a part of Tyneside that could very easily have slipped into irreversible decline and ended up as a featureless business park.

Our only regret is that Bertea’s Teashop has been bought out and converted into something unsuitably modern and gastronomic. Bertea’s Teashop was an adventure into the senses. It was small, always busy, and the perfect place to slip into that state of semi-consciousness where awareness of the world exists while you drift pleasantly through dreams.

Bertea’s has gone but North Shields and Tynemouth remain rich in their heritage and attractions. This is a walk through that heritage. My words end here and the pictures take over. But not before I impart this final shard of knowledge.

The abiding element, the jewel that remains undiminished in the years we’ve been crossing the Tyne, is the irrepressible Geordie humour. It manifests in conversations, actions, gestures, notices, advertisements and the most formal of places.

For instance, pictured below, on the Shields ferry, two staircases rise up from the lower deck. One is marked STEERAGE, the other POSH PEOPLE, but both lead to the same place. These are official signs on a vessel run by the local authorities. This is officialdom undoing its top button and loosening its tie in a manner that brings a warm and welcoming breeze on a cold February morning.

That’s Geordie humour. It doesn’t give a monkey’s. It just laughs at the world and the world laughs with it. So here we go, with apologies to Alan Hull – a blog on the Tyne . . .

Apparently, this company struggled during the recession but has since bounced back

There’s a long story behind this pub and its wooden dolly, who is a very imposing woman and must have frightened many a drunken sailor over the years. For more information, click on the image 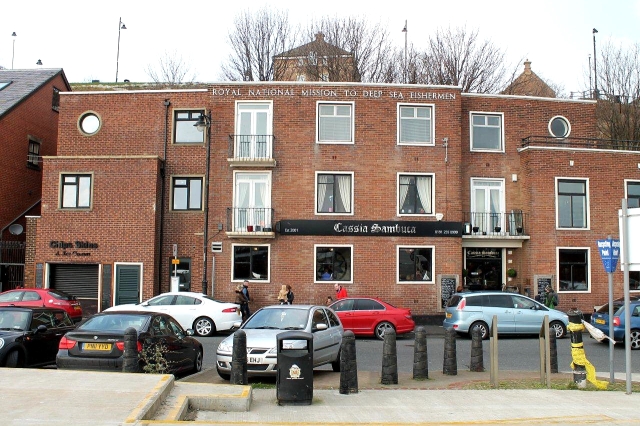 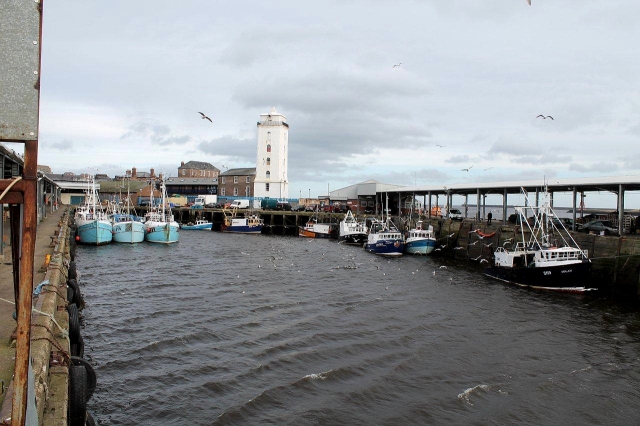 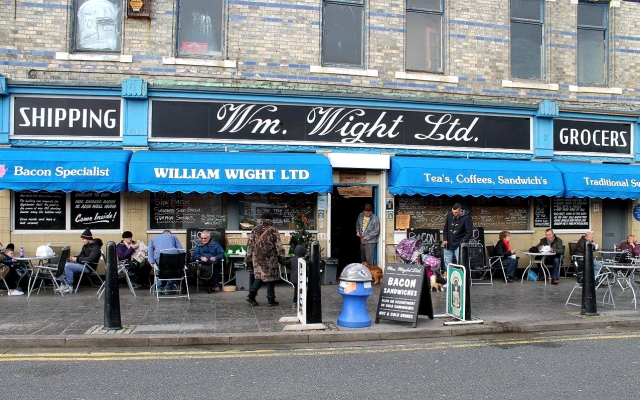 Same view as above only last summer with some nice bikes. I wish I’d kept hold of my old 250cc Aerial Arrow 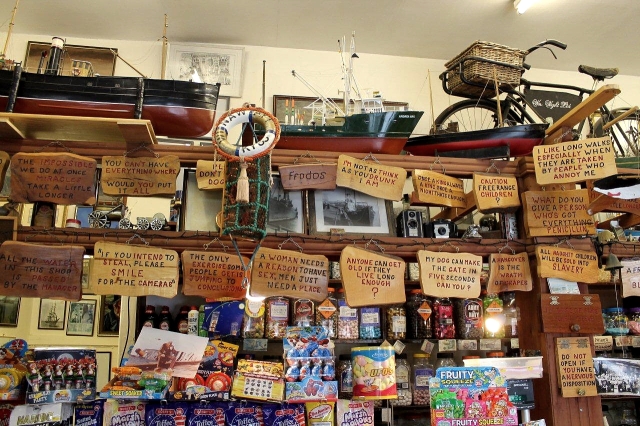 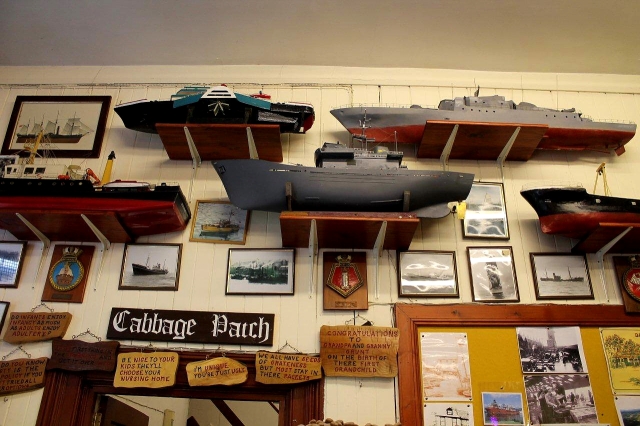 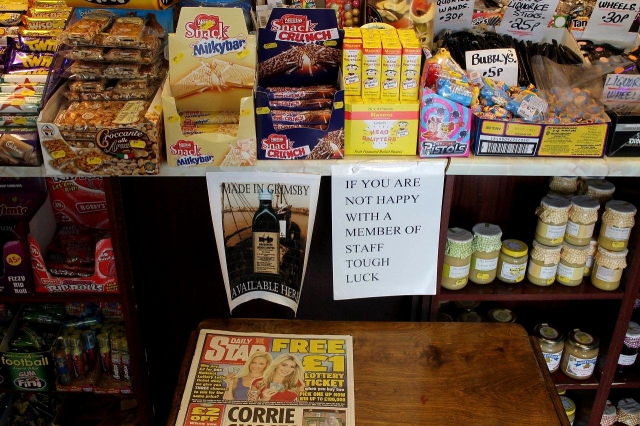 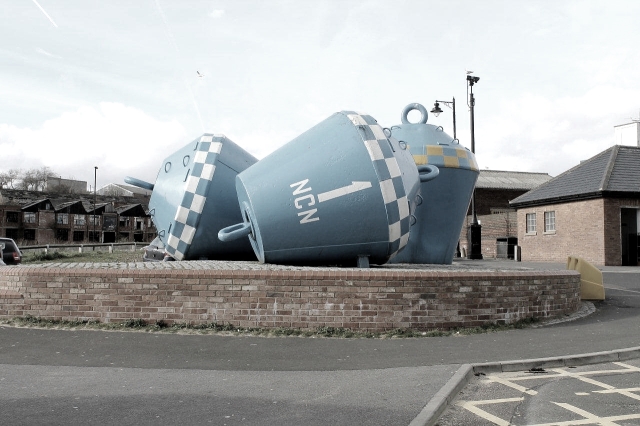 This was taken on our previous expedition. This is a fishmonger offering instruction in the art of charming a lobster before placing it on his head. I am always impressed by this sort of thing. It makes the world go round 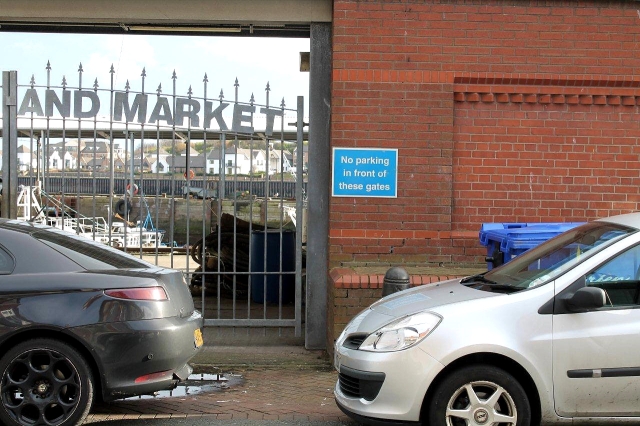 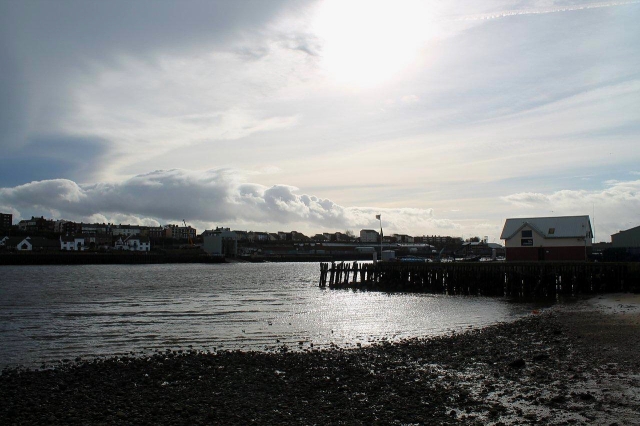 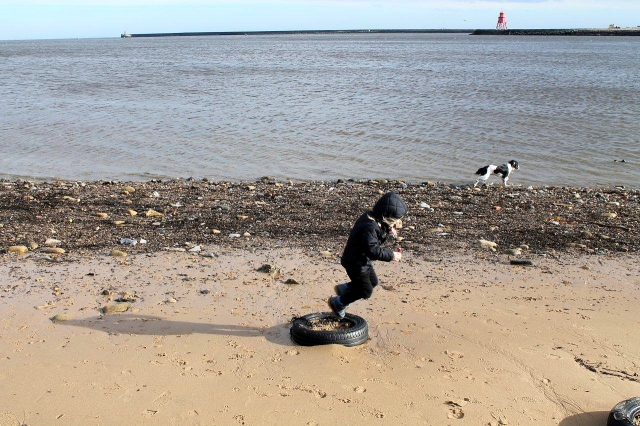 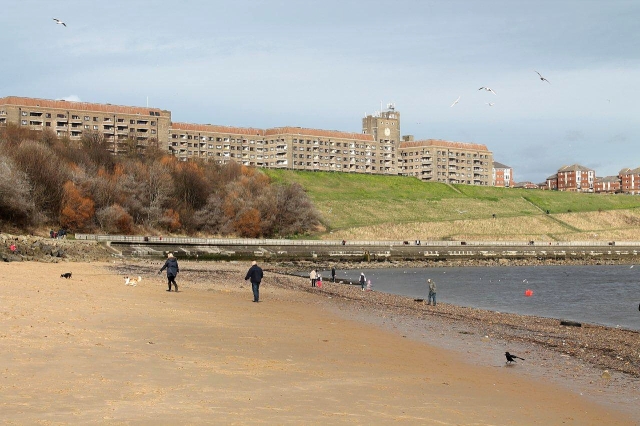 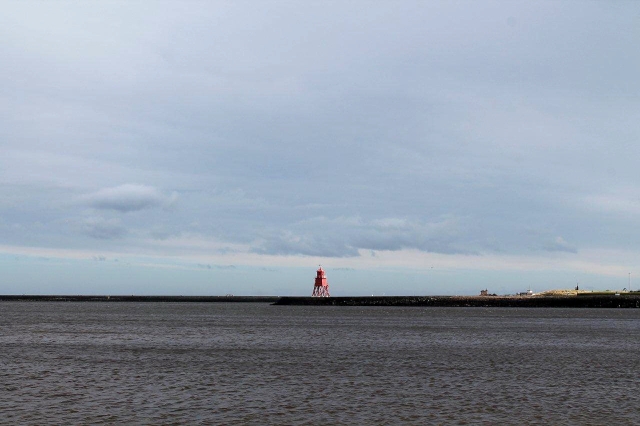 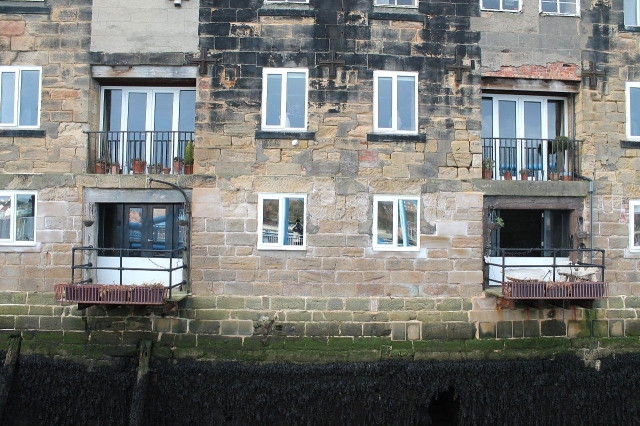 And finally . . . Admiral Lord Collingwood, who aboard the Royal Sovereign was the first to engage the Spanish and French fleets at Trafalgar, and assumed command of the British fleet upon the death of Nelson, stands guard, ever vigilant, over his native River Tyne

28 Responses to Blog on the Tyne