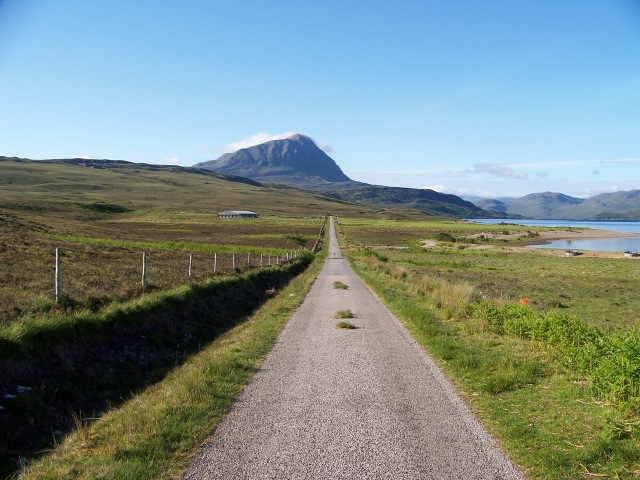 Ben Hope, the most northerly Munro

IN the semi-darkness of midnight in the far north of Scotland, sleep comes easily only to the exhausted and possibly the righteous. The night is one long dusk and one long dawn, accompanied by the sound of waves on the beach and the occasional lowing of cattle. Time is a continuous day during which shadows descend periodically, darken, then melt away.

By 6am a hot sun is warming the tent. Midges swarm around the door as I boil a pan of tea. But this morning, unlike yesterday, I have doused myself with dangerous chemicals. Hah. I’ve been playing this game too long to be caught out twice in one holiday. No more fat lips for me, thank you.

I am on the road for 7.30am. The wife of the little dapper Scotsman gives me a cheery wave from her camper van window as I leave. No doubt they’ll be out tonight spending my 10p. Not that this has been playing on my mind, you understand. 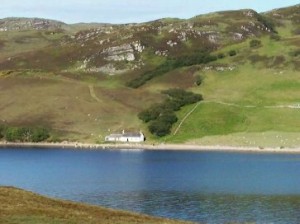 The drive down to Ben Hope is an utter joy. I’m on a single-track road with grass in the middle and very few passing places. Across Loch Hope stands a white but ’n’ ben with no road to it, just a track along the shoreline. The house is reflected in the water and a cuckoo sings in the still morning air. There is a green meadow to the side of the house and a track running off into rough ground beneath the fell.

God, is this a picture of perfection, or what? To live in that cottage, to rise each morning and gaze out over the loch to the crags of Ben Hope and hear the cuckoo calling and the bees buzzing in the meadow; to sit on the front step in the golden rays of evening with a glass of cool beer, waiting for the stars to come out in a sky that never darkens; what price that?

I park the car just north of Alltnacaillich. There is no one else here. After an hour’s hard slog I have reached the ridge of Ben Hope. Another half hour and I am on the summit plateau, gazing out across the Atlantic to the blue Orkneys and a hundred hills and mountains scattered all about. 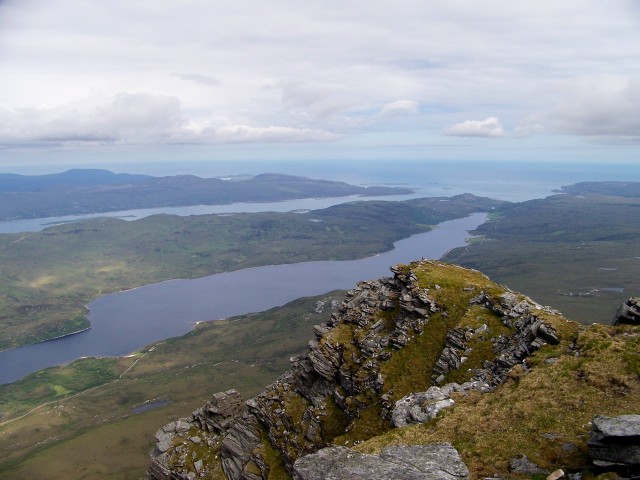 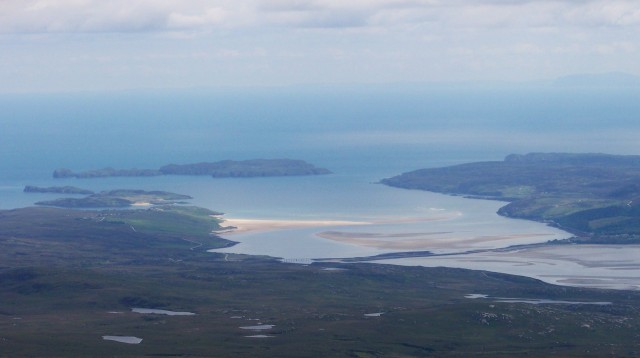 Telephoto shot of the Kyle of Tongue from the summit of Ben Hope, with the Orkneys on the horizon 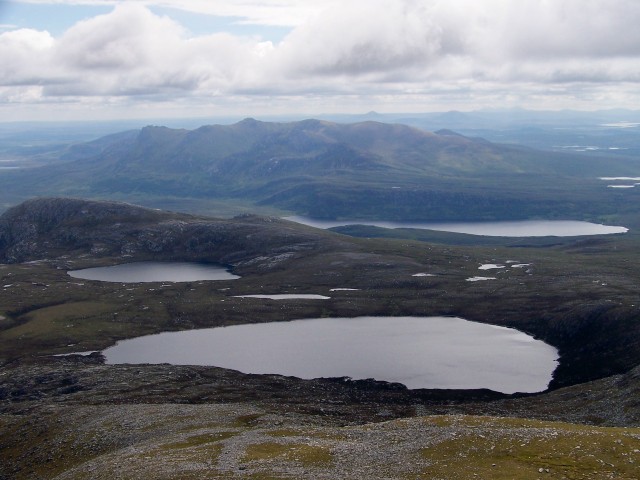 This is big country. This is wide and unfamiliar land. I don’t know these hills. But I can make out – way to the south – the shapes of Ben More Assynt and Conival, which I climbed on a day very similar to this six or seven years ago. To my west is Foinaven, looking every inch the most elegant of Munros – but sadly a couple of inches short (literally) of the magical 3,000ft mark.

So here I am on Ben Hope, my 150th Munro, with the sun blazing down and an icy wind skimming in off the Atlantic, and at my feet a carpet of hills, lochs, boglands and forests. And somewhere down there, far below the soles of my boots, a cuckoo calls across a Highland meadow and sheep bleat in the warmth of the morning.

And I realise I am a little bit closer to answering that eternal question: why do people climb mountains? “Because they’re there” is the get-out response; the lame option; it’s the answer tossed to people who don’t really care and don’t have much interest. They don’t want to be bothered with the complex answer, because to understand the complex answer you have to have struggled up a few summits, immersed yourself in the mountain environment, and attempted to work things out yourself.

Perched on the crest of Ben Hope’s northern crag, toes over the drop, I see the earth and the sky and the sea; blueness, greyness; greenness; smell the heather and the salt and the freshness of the air; and believe I have unravelled one thread of the tangled secret. Why do people climb mountains? Because of this, that’s why. And much, much more.

Far to the south, the distant shapes of Ben More Assynt and Conival