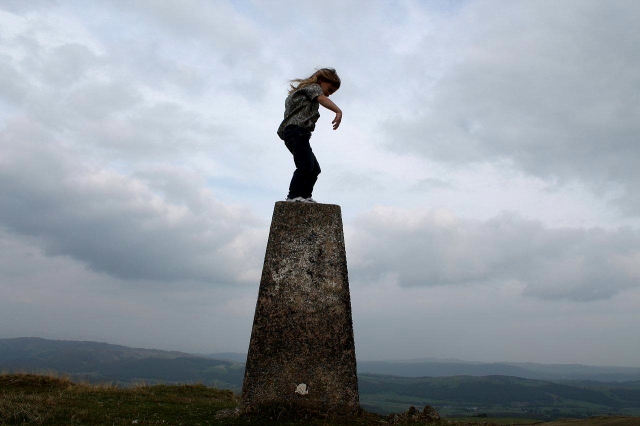 THE time has come to introduce my granddaughter to mountains. This is a milestone that should be tackled delicately. Patience, encouragement and understanding are required. Expectations should be fulfilled, effort rewarded. So off we go to the Lake District on Friday night in search of a suitable peak . . .

The plan is to kindle her interest with a visit to Swinside Stone Circle before climbing Black Combe. Neolithic or early Bronze Age standing stones can capture the imagination of people of all ages.

Black Combe might seem too ambitious for a four-year-old, but I’m expecting to include plenty of stops on the steep bits and carry her on my shoulders along the grassy ridge.

Swinside is more than standing stones – it also represents family continuity. When my grandfather was a boy he ran away from home, attended the Whitsuntide hiring fair in Ulverston, and was contracted into service at Swinside Farm. That was just before war enveloped Europe in 1914.

When I was a boy he took me to see the standing stones and told me about his experiences at the nearby farm. It was a harsh life and he quit at the first opportunity. When my son was a boy we visited the stones and I told him what my grandfather had told me. I like to think the thread will continue into the future.

We spend Friday night at my mother’s house. Saturday dawns warm and fair, but an unexpected crisis involving a set of garden steps and a visit to Furness General Hospital drives a coach and horses through my plans.

Crisis finally over, it’s 3.30pm and the granddaughter is impatient to climb her mountain. What do I do? Black Combe and Swinside are out, for today at least. She has little concept of time and the effort involved. I have no intention of dampening her enthusiasm, so we jump in the van and head to the top of Grizebeck Hill, and a lay-by on the A5092, for an impromptu ascent of Great Burney. 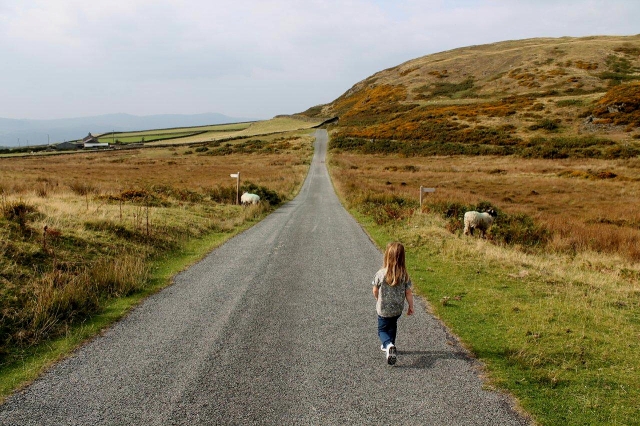 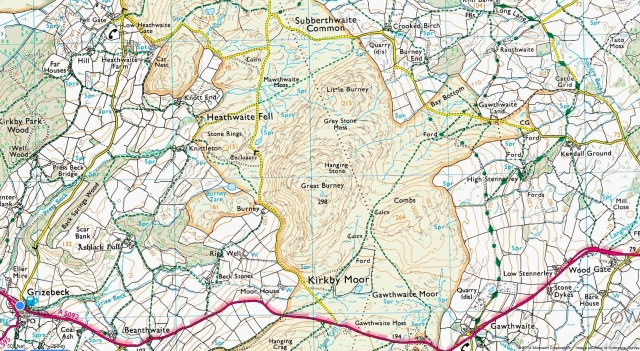 Great Burney is a pleasantly pointed hill on the southern edge of the Lake District National Park. It’s mostly steep grassy slopes and a scattering of crumbly crags. With a height of 977ft (298m) it falls well below what is considered to be the magic height required to achieve mountain status, which is 2,000ft (609m). But to a four-year-old, anything higher than a chimney pot is a mountain, so that’s not a problem. Off we go. 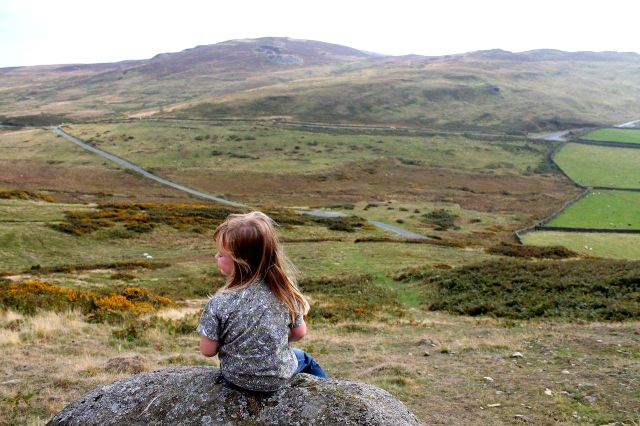 Interest is kindled with the immediate discovery of a dead sheep. In fact, it’s more than dead. It’s acquired skeleton status. The granddaughter is quick to point out that the sheep’s head is missing.

No doubt the bones have been picked clean by foxes, I suggest, and they ran off with its head. This idea raises the fascination factor to a new level so I chuck in a couple of wolves for added zest. No harm done – just a few nervous glances into the undergrowth. A bit of fear engenders respect for the environment. 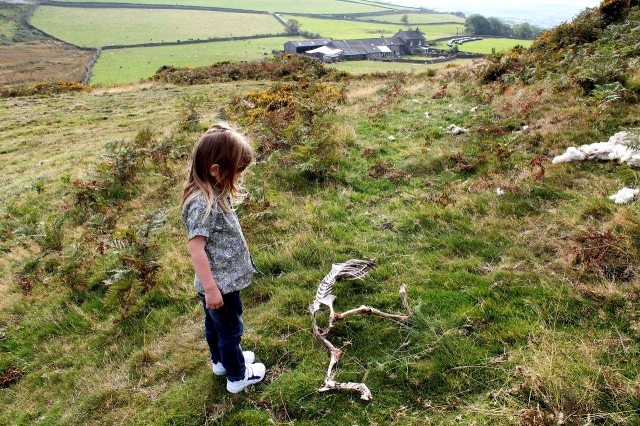 Fifteen minutes later, after a couple of steep slopes and a few rocky outcrops, we sit in the warm afternoon wind on the summit of Great Burney. The Cumbrian fells stand dark and distant on the northern horizon. I point to Coniston Old Man and tell her its name. She points to another mountain and asks what it’s called. And another and another. I have to make up names of peaks that have slipped from memory. Grandfathers are allowed to do things like this. 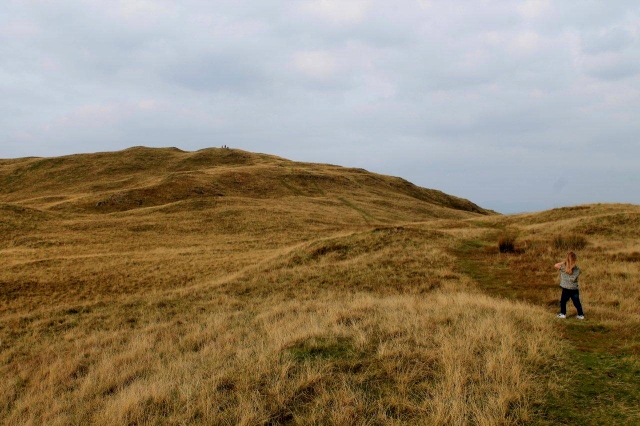 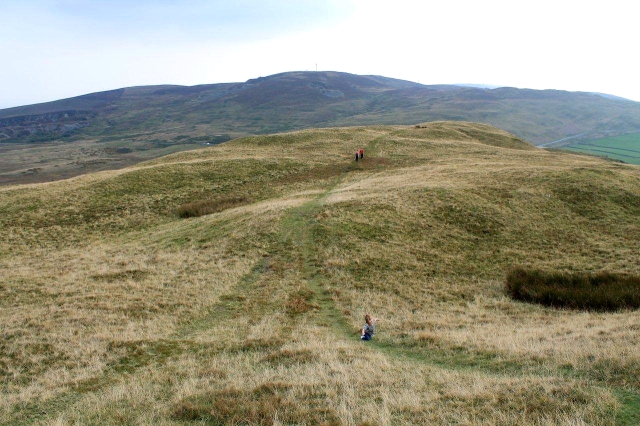 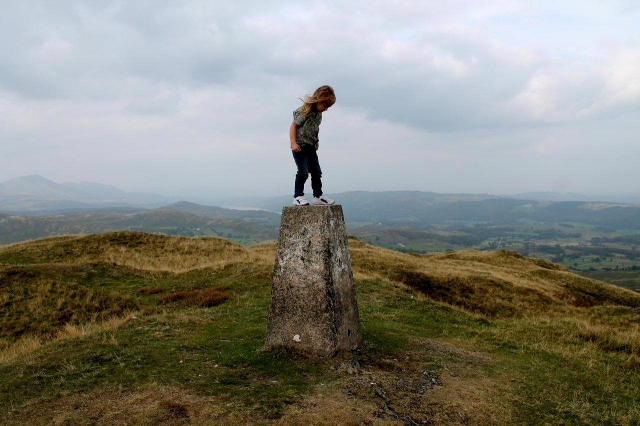 We retrace our steps to the feet of Great Burney. The granddaughter has completed the entire walk under her own steam. She’s had a fresh and exciting experience and seems happy and contented.

I feel I have sown the seeds of something that might grow. That’s precious. Perhaps next time we’ll get to Swinside and wander among the stones before climbing Black Combe. And perhaps, in years to come, she’ll remember what I tell her, and what my grandfather told me, and the circle will revolve once more. 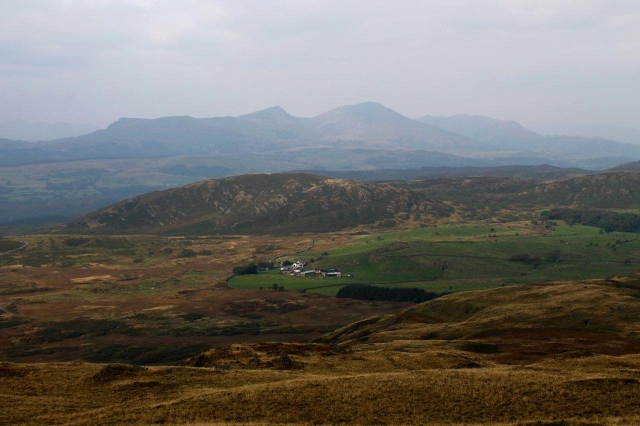 19 Responses to Great Burney: One Small Step, One Giant Leap