WALKING is a dangerous business. Bulgarian dissident Georgi Markov has just been stabbed while walking over Waterloo Bridge. And get this: his assailant used an umbrella with a poisoned tip. We down another round of pints in the Brotherswater Inn and discuss the ramifications of the incident. I’m considered to be an expert in this field because I once witnessed two men fighting with brollies on a pavement in Ulverston. It was an ugly skirmish. Both brollies were seriously damaged. And now we’ve got to climb a mountain in the dark. Aren’t there enough dangers in the world without people wielding deadly umbrellas? Best have another pint first . . .

Dove Crag is a mountain at the southern extremity of Patterdale, in the heart of the Lake District. It’s not famous for much at all – but in the centre of its sheer north-eastern cliff is a cave a few metres deep, often used as a bivouac by adventurous walkers.

My mate, Francis, reckons that in days gone by the cave was appropriated for the distilling of whisky. Lakeland certainly had a thriving and illicit whisky industry, as well as being at the centre of the slave trade and its associated rum-smuggling interests (slaves out from Whitehaven, rum back on the return trip), but whether or not Dove Crag Cave played a role is a point up for discussion.

The cave is pretty inaccessible. Not only that, it is visible from the valley below, and any activity would have been spotted by the authorities. That’s my opinion anyway.

The four of us argue the toss as we stumble along the valley in the gathering shadows. Our intention is to spend the hours of darkness in the cave, rise early, and climb to the top of the crag to watch the sunrise. But we might come to blows first over this whisky distilling business. Good job no one has an umbrella.

Hey. Also in the news: escaped Baader-Meinhof Gang member Astrid Proll has just been arrested in London. Could she be Georgi Markov’s killer, we wonder? We quarrel over where the extreme left Beider-Meinhof Gang and the Red Army Faction stand on the question of Bulgarian dissidents. She’s a contender. It’s obvious. Job sorted.

Darkness has fallen by the time we (Pete, Nige, Francis and myself) reach Dove Crag. Francis leads the way along narrow ledges to the mouth of the cave. I am conscious of a very large drop to my left. But we only had two or three pints in the Brotherswater Inn so we’re pretty steady. No one falls off.

Once in the cave we take pictures of ourselves, and as young men do we pull faces and make silly gestures. But we’ve all been brought up respectfully by our mothers, and no one resorts to baring their backsides and vulgar stuff like that. It’s all good-natured fun of a type Beatrix Potter might not necessarily have approved but would certainly not have denounced. 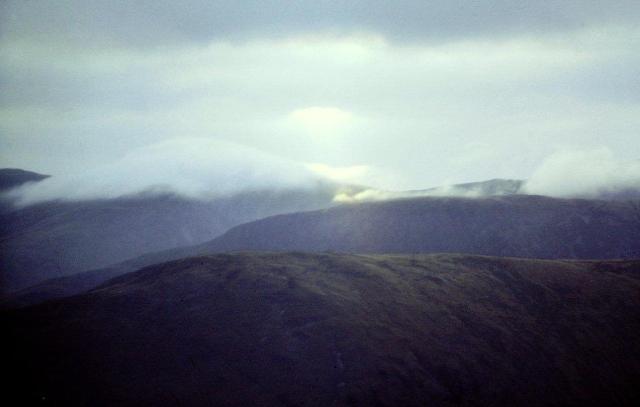 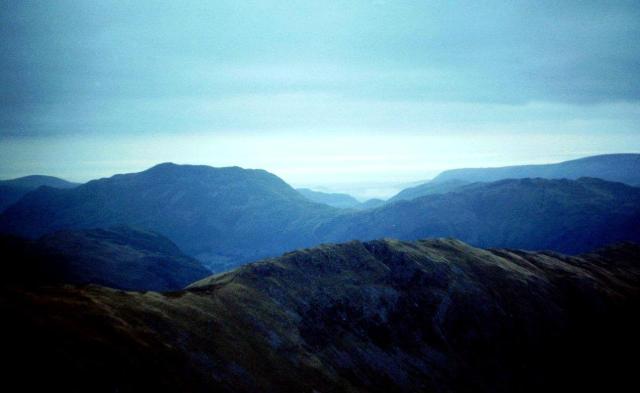 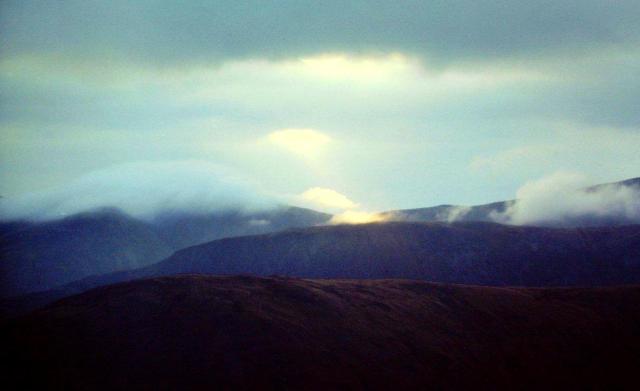 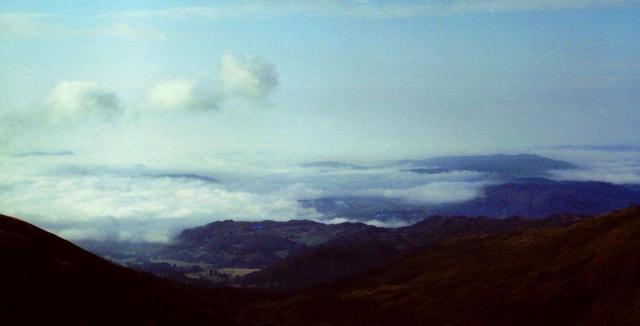 Just before sunrise the clouds roll in and envelop the mountains. This is the traditional opening sequence of a Lakeland dawn, as most people who have climbed a mountain to observe the sunrise will testify. 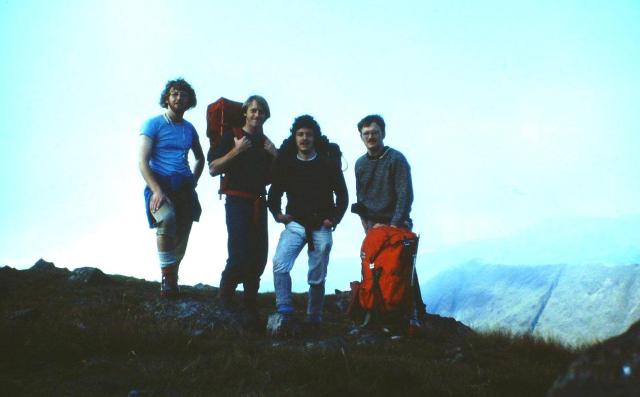 Nevertheless, we troop to the top of the fell (792m or 2,598ft) and watch the landscape take shape beneath our feet. The sun obliges by casting the occasional beam of light through tiny holes in the clouds. This is quite effective. Then we nip back to the cave to pick up our gear, then drive home and go to bed.

Astrid Proll had nothing to do with the Georgi Markov murder, it transpired. Apparently, although living under a new identity she was a very nice person, had spent some time as a youth worker and was teaching car mechanics at the time of her arrest. To this day, no one has faced justice for the notorious Waterloo Bridge poisoned umbrella murder. So if you want to bump off someone, you know what you need. 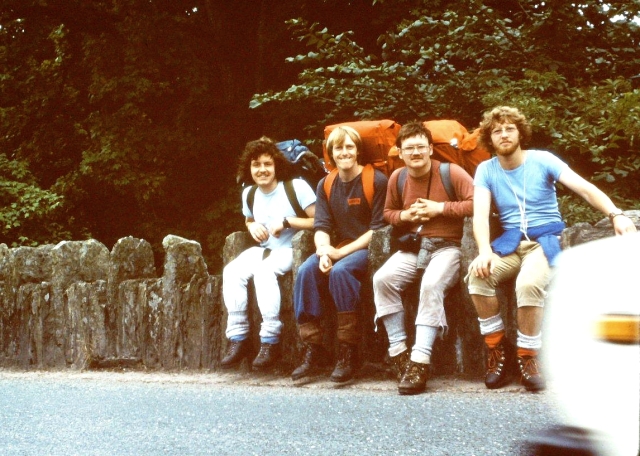 From left, Peter Frith, Nigel Parker, Francis Gall and myself

Watching the dawn on Dove Crag happened in September 1978