WE British are collectors of junk and tickers of lists. Men in particular, if left unmolested, will amass sheds full of lawnmower parts, used spark-plugs, obsolete tools and jars of reclaimed nuts and bolts just in case the unforeseen occurs at some distant date in the future. But things go much, much deeper than this. We are more than mere hoarders, we men, we are savers of cigar tubes, stashers of stovepipes, magpies of marbles, accumulators of cloud types. We collect locomotive numbers, Codd bottles, chimney pots, beer mats, military tunic buttons, Bazooka Joe cartoons, football programmes, ring-pulls and road signs. We are foragers of fossils, fungi and fountain pens; gatherers of glass eyes, graptolites and garden gnomes. We set ourselves lists and tick off our victories: pubs visited; home games watched; roller-coasters ridden; buses glimpsed. And we walkers in particular revel in websites that support our strange habits and massage our more extreme perversions – we Munro baggers, Wainwright wanderers, Corbett collectors, Furth filchers, Graham gatherers and trig-point tickers (a particularly vigorous and dedicated walker type). We are the crazy British with our Scotch pie contests, Welsh bog-snorkelling championships, Ulster marching season and English morris dancers. Eccentricity unites our otherwise disunited kingdom. This is the one thing we really are in together . . . 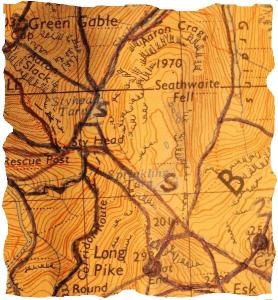 And you women out there, do not assume you are not infected. You may not be avid collectors of briar pipes and Lister engine serial numbers, but you certainly have your idiosyncrasies. My wife and I were once shown round a semi owned by a single woman of a certain age, and every available surface was crammed with statuettes of monks and ornate rolling pins. I felt at home yet extremely uneasy at the same time. And when it comes to mugging Munros and capping Corbetts, so far as men and women go that’s surely a level playing field, if you excuse the rather unsuitable metaphor.

I have a theory that collectors and eccentrics are moulded from birth by great-aunts who act in the best interests of their cherished nephews and nieces but push too far. I base this theory on my collection of foreign matchboxes being established – when I was aged three – by my Aunty Agnes, who had a neighbour who travelled extensively and thought it would advance my education by bringing me matchboxes from every country she visited.

By the age of eight I had several shoeboxes filled with matchboxes, shoeboxes being in plentiful supply because there was a K Shoes factory less than half a mile from the front door. I had matches made from wax, made from paper, made from wood, made from anything that matches can be made from. There are none left now because me and my brother struck them all. How we didn’t turn into arsonists is beyond me.

Let’s talk Victorian bottles. Has anyone ever visited the South Lakes Wild Animal Park at Dalton-in-Furness? There’s a pond in the central enclosure where, back in the 1970s when it was nothing but overgrown mining subsidence, I spent many weekends digging in a Victorian tip for old bottles – me and about four other young men. If we did it now we’d be eaten by lions. I think that’s why most collectors live in sheds and deal in safe stuff.

I have a mate who makes trout and salmon flies but doesn’t tell anyone. He even writes books about the subject, yet the people in his office are completely unaware of his publishing success. How cool is that? I have another friend who collects embossed bricks, and the only reason I found out is because I started collecting them myself and they cropped up in conversation. Admittedly, it was a sort of bloke-to-bloke conversation with lots of blokish guffaws. I don’t collect them any more because they wear holes in your rucksack. And they get very heavy when you carry one from Geldie Lodge to Braemar.

And so we arrive at the crux of this post – it’s a paean for a previous passion. There was a time when I had an ambition to swim in every tarn in the Lake District. I achieved quite a score during the first couple of summers. I got quite a tally before a woman came on the scene and changed my habits. I’ll give Anne her dues, she did take the plunge in Burnmoor Tarn one sunny September day, but romance inevitably drew the curtain across my noble and wholesome pastime.

Today we travel back to 1978 and the height of my tarn-ticking career. It was a time when Lakeland roads were wider because cars were smaller, summers were believed to be hotter, and walkers wore proper boots and breeches – even in the pub after a day on the tops. In fact, it was mandatory to wear them in the pub.

My walk begins in the hamlet of Torver, just south of Coniston. I leave the 1,000cc Mini Estate on the corner near Scarr Head, its six-foot fibreglass aerial trembling gaily in the morning breeze as I follow a track towards Tranearth Quarry and Little Arrow Moor. With my parents’ dog, Laddie, scampering around my heels I climb Coniston Old Man by its south ridge and bask in glorious sunshine on its bony summit.

Click: a close-up of the happy Laddie, with Low Water and Levers Water in the background (both already ticked off the tarn list) . . . 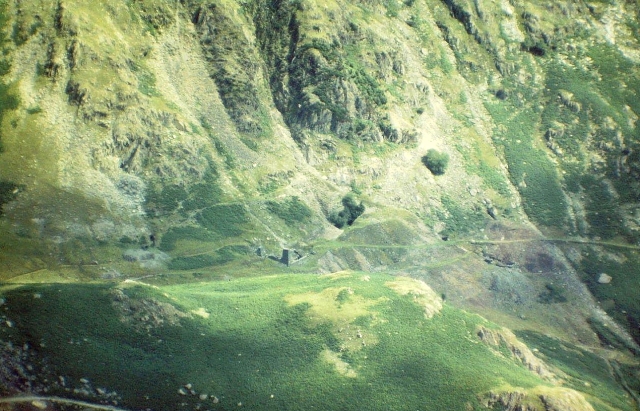 Click: a telephoto shot of the Scafell range, with dark clouds massing . . . 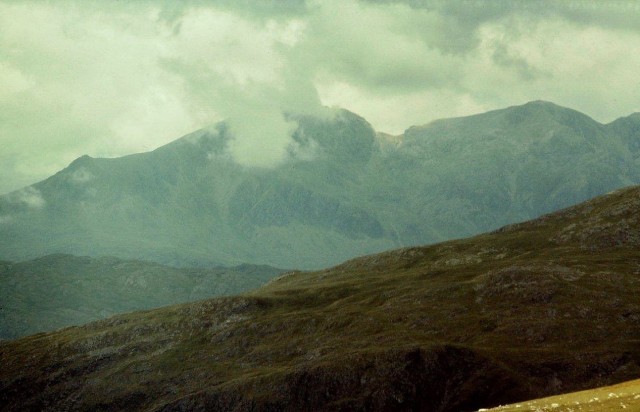 Click: a glance back toward the Old Man’s summit . . . 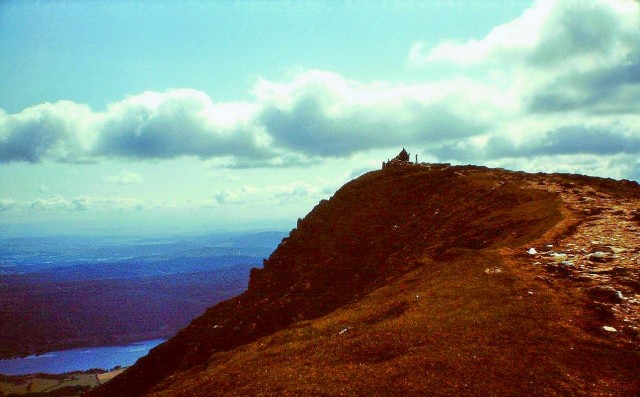 Then off I tramp to Goat’s Hawse and the path down to Goat’s Water, listening to the enthralling clink-clink of karabiners and the conversations of climbers echoing from the warm rock walls of Dow Crag, high above my shoulder. 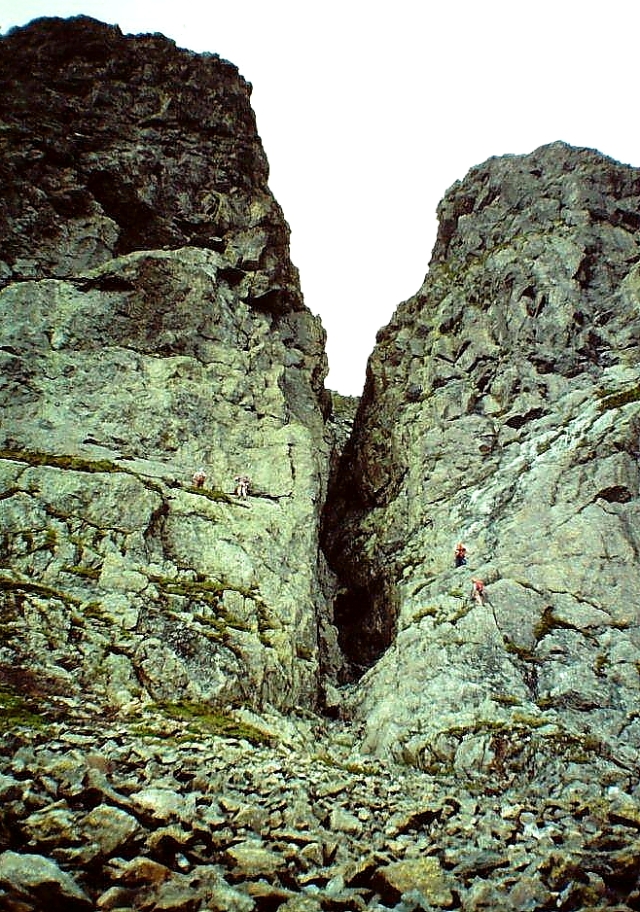 But what’s this? While I’m taking pictures of the climbers, dark clouds roll in and blot out the sun. A cold wind roars along the valley and sucks any remaining warmth from the air and earth. It’s not a day for tarn ticking.

We British, though, are made of stern stuff. Out come the trunks and in the water I go.

It’s at times like these that the prospect of collecting old lawnmower parts never seems more alluring.