Blencathra by the Back Door . . . Grudgingly 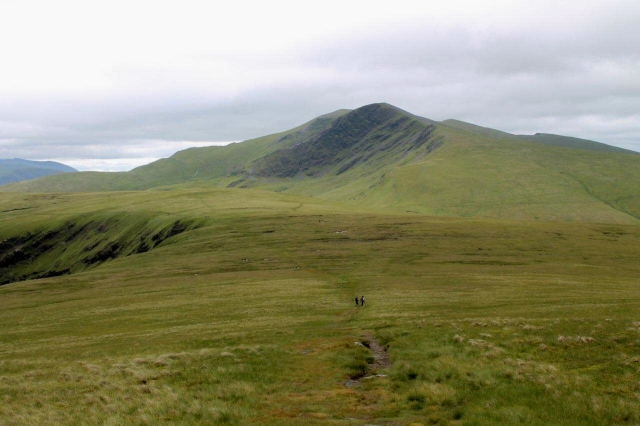 MUNGRISEDALE is a village where curtains twitch. Eyes watch your every movement from behind rhododendrons and clipped hedges. Security cameras are positioned above cottage doorways. And the parish council charges visitors ??2 to park their cars on a tiny patch of land at the start of the Glendermackin track. Other than that, it???s quite a nice place . . .

Mungrisedale is also a fine starting point for climbing Blencathra by its nether side. And that???s the plan for today. Only the plan has altered, for despite the July sun beaming its rays on the British isles in a very un-British heatwave, the Lake District fells are shrouded in a drizzly mist of the type that soaks you unexpectedly. First though, let me tell you about Mungrisedale.

The village takes its name from St Mungo, a singer famed for his black curly hair and sideburns. Only joking. The name Mungo was a nickname for Kentigern, a 6th Century saint and son of Owain ap Urien, heir to the kingdom of Rheged ??? a country that stretched from the Lake District up into Galloway and Stratchclyde. Mungrisedale translates loosely into modern English as Mungo???s valley of the pigs. It has an interesting past that teeters on the edge of Arthurian legend.

Just north of St Kentigern???s Church there are three or four rather nice houses on the left-hand side of the road and a spacious grassy verge on the right overlooking uninterrupted views of the Pennines. About ten years ago I parked my car ??? a faded red G-reg Peugeot 309 ??? on the grassy verge while I spent a day on the fells. I returned in the late afternoon to find a note written on cheap paper lodged behind a windscreen wiper. It said:

Today I park on the stony patch where the parish council has optimistically positioned an honesty box, and a traditional red telephone kiosk and a misplaced traffic cone vie for the remaining space. 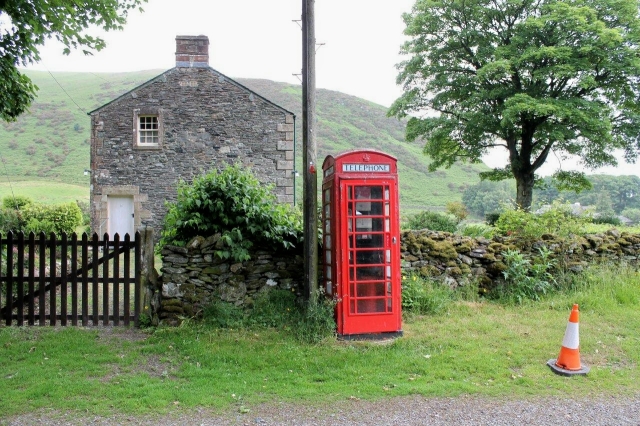 Because I???m a decent chap, I drop two shiny pound coins in the box. I might have owned a long line of cheap and shabby cars in my time, but I believe in paying my way. I also believe that health and happiness come from within, and that any person who spends their life fretting that someone???s going to park a car on a public highway a few yards beyond the foot of their extensive lawn, and briefly mar their view of distant hills they probably don???t know the names of, is a person heading for a lonely, bitter and early exit. Anyway, that incident was ten years ago. Not that I???m one to bear a grudge.

I head up Glendermackin along an old lead mine track in warm drizzle and climb to Scales Tarn, which is so deeply embedded within the folds of Blencathra that, according to legend, the sun does not glance upon its waters ??? but you can see the stars reflected on its surface at midday. I don’t believe that for a minute. 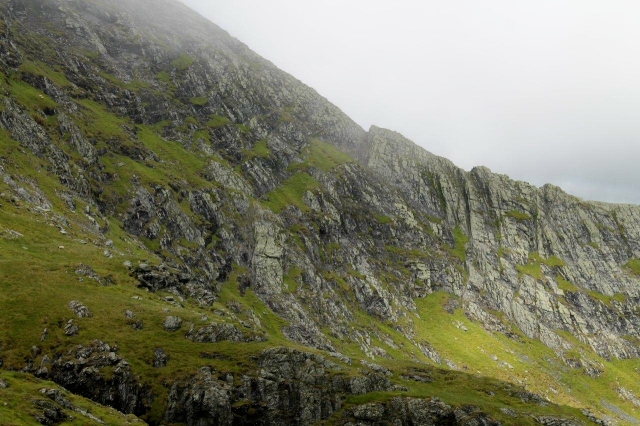 My intention was to traverse the rocky ar??te of Sharp Edge to the summit, but having been caught out up there before in mist and drizzle ??? and snow and ice ??? I know that today its angled slabs will be lethally greasy. So I take the path that skirts Tarn Crags and have lunch on the summit as the mist clears. Cheese and green tomato chutney sandwiches, if anyone???s interested.

Oh, and here???s another grumble. Have all television presenters been instructed to pronounce the word sandwich ???sam-widge???? Am I the only person who becomes extremely animated when this occurs? Has anyone else sent a letter of complaint to the BBC written on cheap paper? You must have. I can???t be the only one. 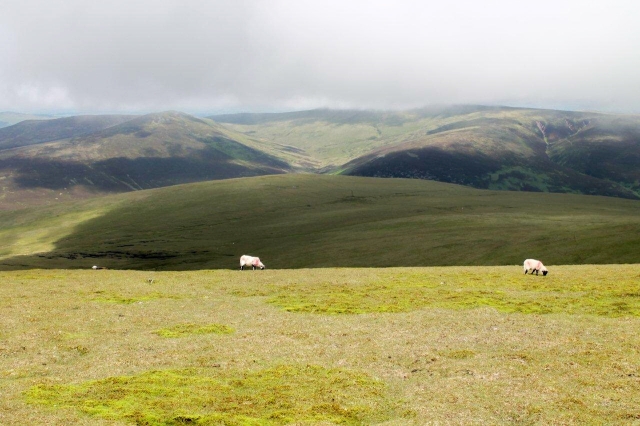 I leave the summit and pass stone crosses laid in turf. I also pass a large puddle with a cairn in its midst which looks like it should have a sword sticking out of it. I plod over Atkinson Pike, drop down to a col and ascend Bannerdale Crags, then stride out to the summit of Bowscale Fell, have an uncomfortable snooze in a rough stone shelter and wake up with cramp down the insides of both legs. This causes me to limp about in circles for some considerable time. Should have put salt on my samwidges. There???s a lesson learned. 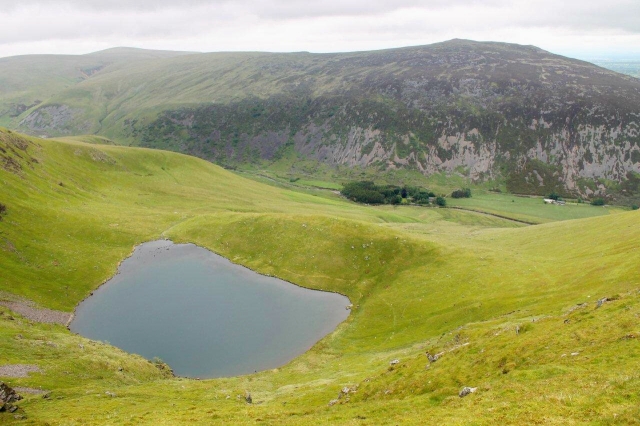 But after descending an extremely steep slope to a path above the River Caldew, and passing another cottage with a security camera positioned above its front door, I reach St Kentigern???s Church in sultry afternoon sunshine and discover peace and healing silence beneath its knotted rafters.

Mungrisedale eh? St Mungo???s valley of the pigs. I seem to have developed a love-hate relationship with the place. I wonder what it was like in Mungo???s day? In the summertime when the weather was high. When you could stretch right up and touch the sky . . . In the summertime . . .

THREE days after I climbed Blencathra, Wigan wanderer Paul Sharkey breezed effortlessly up Sharp Edge in brilliant sunshine and posted this on his Sharkey???s Dream website. Take a look.

32 Responses to Blencathra by the Back Door . . . Grudgingly