Hambleton Hills – A Walk and a Sonnet 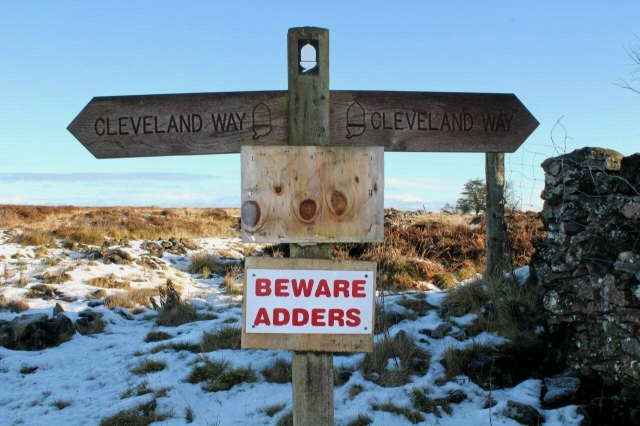 I’VE been delving into Wordsworth again – and like last time I’m going to set him tentatively aside. Despite the pertinent fact he wrote a sonnet entitled Composed After a Journey Across the Hambleton Hills – and that’s where I am – I’ve decided his dreamy lines about cloud formations looming in the west like Indian citadels and temples of Greece do not portray Yorkshire on a cold Monday . . .

Besides, the locals had already scrawled their own poetry on the landscape before Wordsworth and his sister set foot on the moors.

I park my car at Square Corner, near the top of an empty hill above Osmotherley. Why is it called Square Corner? Because the single-track road goes in a straightish line across the moor then suddenly veers left at a very sharp angle. Square Corner. That’s a great descriptive name and proper Yorkshire logic. “We’ll call it Square Corner, ’appen, because that’s wharrit is an’ it’ll cost us nowt.”

I take a look at the map for more earthy names, because they never fail to entertain. I have a theory that the bleaker the landscape becomes, the more colourful the names of topographical features. And like the Cheviots to the north, the Hambleton Hills appear to conform to this rule.

A few hundred yards to the east is Snilesworth Moor. And where on earth did Skelbeast Crag originate? Skelbeast for heaven’s sake. I wouldn’t spend the night there in a tent. Not under a full moon anyway. And definitely no Van Morrison.

So where and what are the Hambleton Hills? The short answer is the North York Moors: the Hambleton Hills form the western escarpment, directly south of the Cleveland Hills. They are not too high, not too spectacular and not particularly popular with visitors – but they offer excellent walking and harbour some little surprises.

I take an oblique angle from Square Corner and follow the Cleveland Way long-distance footpath onto Black Hambleton and Arden Great Moor along an old drove road. 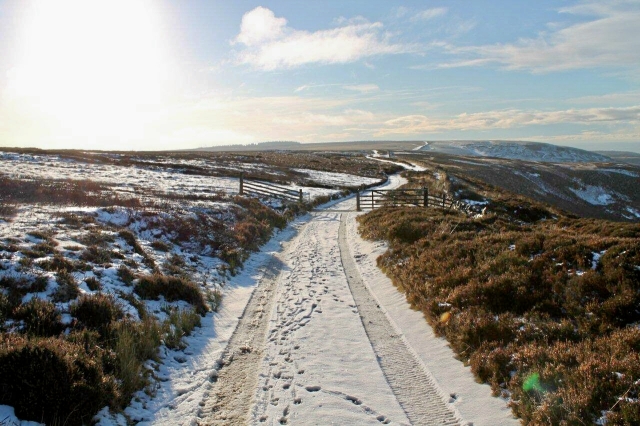 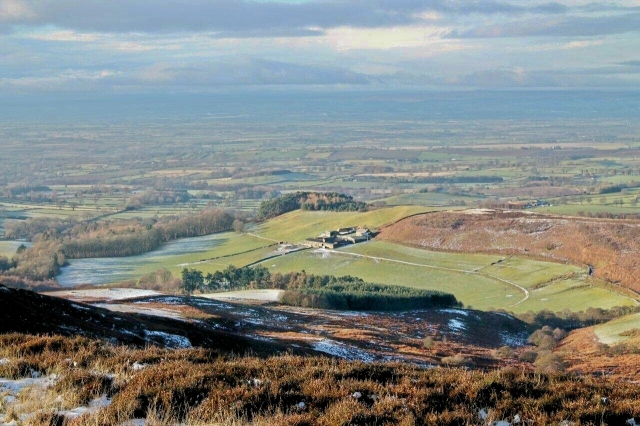 A few short words about the Cleveland Way. It is absolutely one of the best LDPs in the country. I walked it about ten years ago simply because I was looking for something to do and felt obliged to have a go because I can see the hills from my attic window.

It’s an eye-opener from beginning to end, with views from lofty escarpments above the Vale of York, fascinating vistas across industrial Teesside, and magnificent seascapes from some of Britain’s tallest cliffs. And there’s a chip shop at the end in Filey. 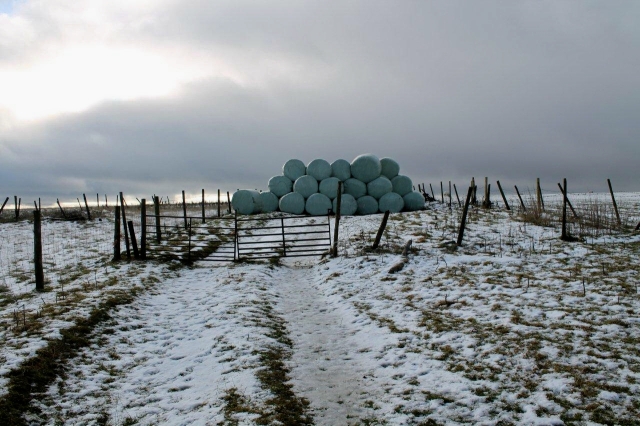 Today there’s a dusting of snow and the air is freezing. I plod south for a slice of the morning, then on the far side of Boltby Forest follow a path north-east across a grouse moor and drop down into the deep defile of Thorodale.

Here’s a tip for anyone planning to walk the Cleveland Way. Thorodale is a secret valley and the perfect place to spend a night after a long first day. Its upper reaches are empty and perfectly peaceful. I’ve visited it several times over the years but spent the night there only once. Wild camping at its finest.

The head of Thorodale, just east of the Cleveland Way

I leave Thorodale by a slanting path onto Arden Great Moor and follow a track along its eastern escarpment back to the trig point on Black Hambleton. The views across the hills and valleys to the east are interesting because they form an unfamiliar sort of landscape. Unfamiliar to me, anyway. They look sort of storybook English, with their sloping green meadows and low moors – like countryside on old railway posters.

Back at the car and rain is beginning to fall as the gloom gathers. Night’s approaching fast. In fact, it’s just like the opening of Wordsworth’s sonnet Composed After a Journey Across the Hambleton Hills. Oh well. Here we go.

Dark and more dark the shades of evening fell;
The wished-for point was reached – but at an hour
When little could be gained from that rich dower
Of prospect, whereof many thousands tell.
Yet did the glowing west with marvellous power
Salute us; there stood Indian citadel,
Temple of Greece, and minster with its tower
Substantially expressed—a place for bell
Or clock to toll from! Many a tempting isle,
With groves that never were imagined, lay
‘Mid seas how steadfast! objects all for the eye
Of silent rapture; but we felt the while
We should forget them; they are of the sky,
And from our earthly memory fade away.

Click on an image for high-res versions of the pictures: 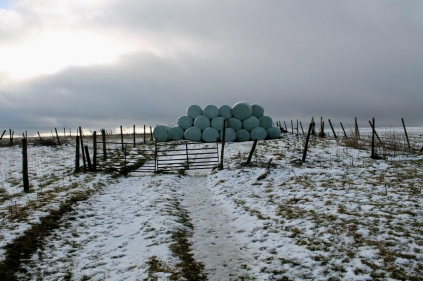 The head of Thorodale, just east of the Cleveland Way 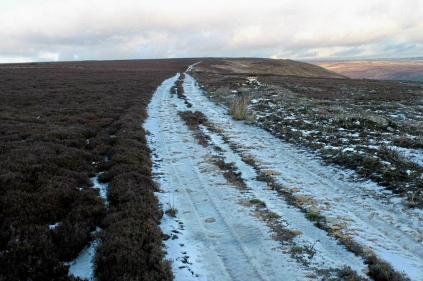 24 Responses to Hambleton Hills – A Walk and a Sonnet