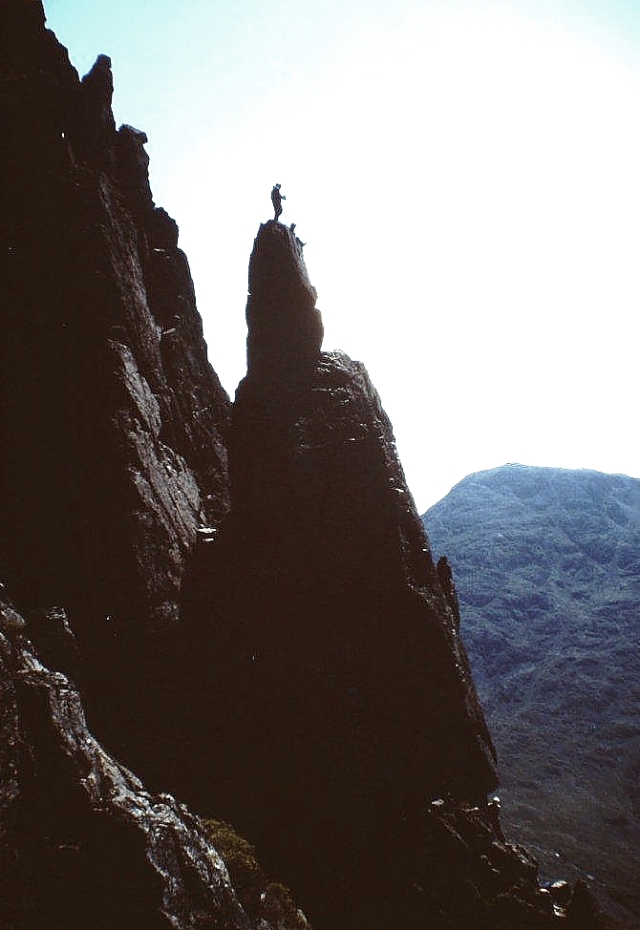 EARLY morning on the South Traverse. The southern crags of Great Gable soak up sunlight. Rocks are warm to the touch beneath their volcanic tuff roughness and crumbly lichen. In the air, the bleat of a distant ewe and the clink of karabiners; an occasional laugh; an unfurling of ropes. This is a place of pilgrimage, a craggy paradise where climbers have sought adventure since Victorian times. This is Lakeland in its grand and gritty glory . . .

This is a retro post for Because They???re There. It???s a letter from the past featuring a memorable walk and the contemporary events surrounding it . . .

I sit in the sun beneath the vertical crags of Kern Knotts and watch a man inch his way up a cleft in the face, his companions paying out rope from below. I???m not a climber, never have been. But I harbour a deep admiration for anyone who has the nerve and self-control to place his existence in the tenacity of his fingertips and toes.

Click. I capture the climber for ever with my Zenit E and telephoto lens. He is immortalised in Kodachrome. That one delicate move ??? left leg ascending, right leg taking the strain ??? has been frozen in time. It???s a window into one man???s life on a perfect morning in the summer of 1978. 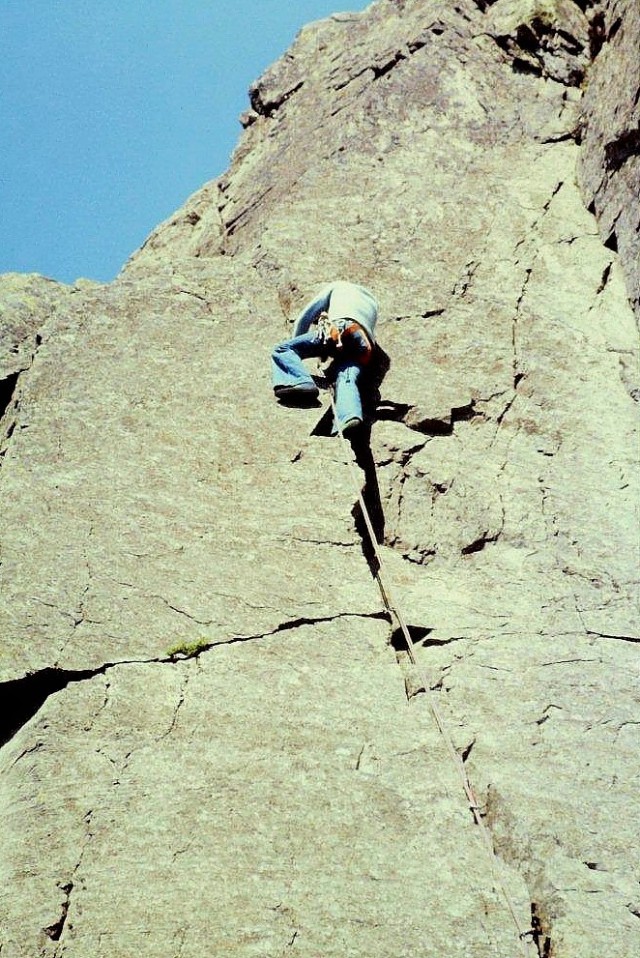 I leave Kern Knotts and scramble along the South Traverse, the climbers??? path that skirts beneath Great Gable???s buttresses. More climbers are ascending Napes Needle. One is standing on the very pinnacle, taking in slack. Out comes my Zenit. A fumble of lenses. Click. Another moment in time is held in suspension. 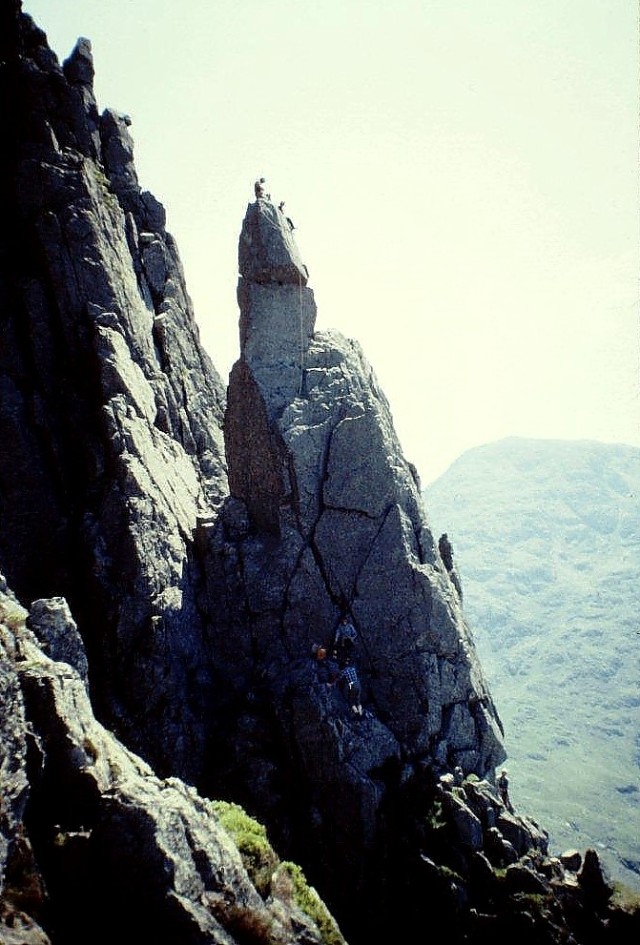 Climbers chatting on a ledge, one of them having a smoke. Click. A satisfying drag on an Embassy Regal or Players No6 is snatched from the present and filed for future use. 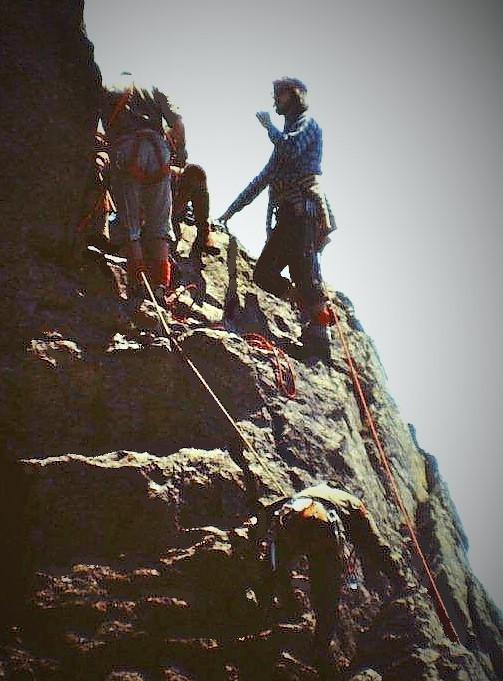 Then I continue my walk to Beck Head, the shoulder between Kirk Fell and and its mightier neighbour, and crunch up the rubble path to the summit of Gable. Views disappear into the blue-grey heat haze ??? views along Borrowdale, Wasdale and Ennerdale. Then I descend to Styhead Tarn and plod down the dusty track to Wasdale Head and a shady tent in the paddock outside the pub. 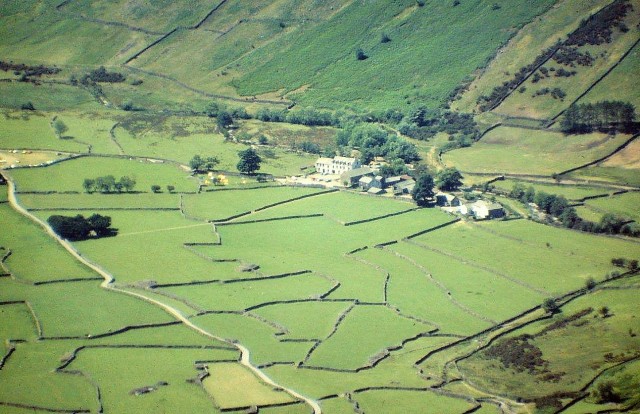 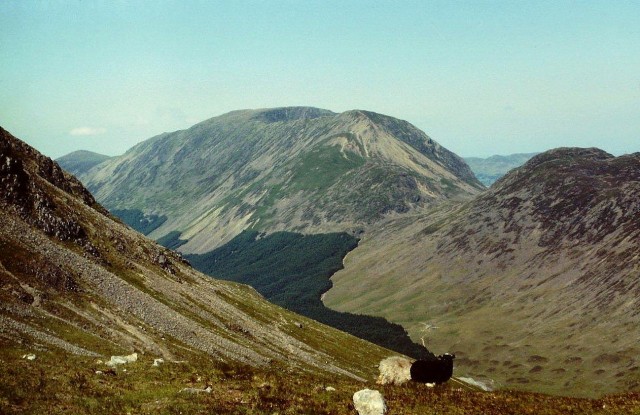 Now, nearly 37 years on, I look at these pictures and wonder what became of those men and women, those agile young climbers. They???ll be in their late fifties and sixties, with children and grandchildren, and lives that have probably turned several sharp corners over the decades. What do they do at weekends, those people? Mow the lawn? Polish the car? Take a one-way tour of Ikea in search of table lamps to match the bedroom curtains?

Or are they still out there on the hills? Not captured in time like these fading transparencies, but still crunching up mountain paths? A shade greyer, perhaps; hair thinner; not quite so slender; a little less agile; but still indulging that keenness to climb and explore wild places?

The past was glimpsed on Great Gable???s South Traverse in June 1978.

27 Responses to Days Like This, No 20: Glimpses on Gable