I???VE been drawn to the sea because it???s the time of year when things migrate. The seasons change and life adapts. Birds fly south and animals hoard food for winter. People tune into their primeval instincts and gather stuff for Christmas or head towards the sun. Me, I watch ships sail down the Tees and something inside yearns to follow . . .

Today we head for North Gare, the upper jaw of the Tees estuary. Having written two posts about South Gare I thought it only fair to introduce a modicum of balance. A slice of North Gare???s empty and windswept yin for South Gare???s industrial and otherworldly yang, if you like.

We’re taking the back-street route through Middlesbrough to one of England’s most spectacular river crossings ??? the Transporter Bridge. It’s not so much a bridge as a gondola suspended on cables which glides across the river a few metres above the waves. It’s a very stately and relaxing way to travel.

I edge the van through scatterings of football supporters shuffling optimistically towards Boro???s Riverside Stadium clash with Watford, only to discover the Transporter Bridge is closed for renovation work. Our route is blocked by steel fencing and warning signs. This is a huge and unexpected setback.

This picture on an information board shows the Transporter Bridge and, above it, the Newport Bridge, which is a mile or so upstream

Someone famous once said that life is like a box of chocolates ??? you don???t know what you???re going to get. I think it was Forrest Gump’s mother. Life isn???t like that at all ??? unless it???s a box of Quality Street and some greedy sod has filched all the cheese-shaped triangles wrapped in green paper.

Life is a series of closed bridges. You set off in one direction before being forced to veer onto another and end up back in the mainstream you were trying so desperately to escape. Sorry if I sound a bit negative but it???s that time of year. Perhaps swallows feel the same when they arrive beneath the eaves of the same old African hut.

We drive up the A19 and back along the north bank of the Tees to continue our journey towards North Gare, first revisiting the Transporter Bridge on the northern bank

The River Tees is world-renowned for the production of iron, ships and apostrophes 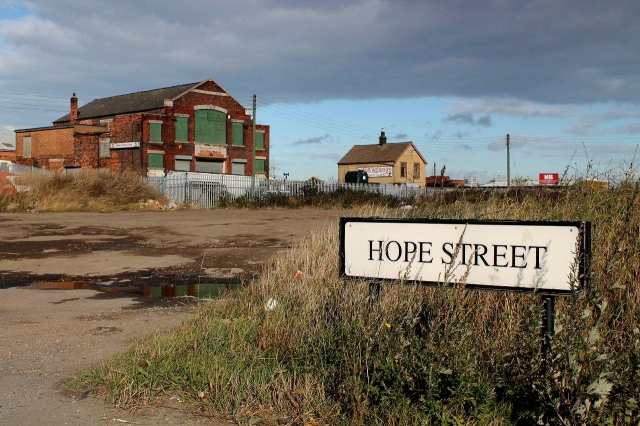 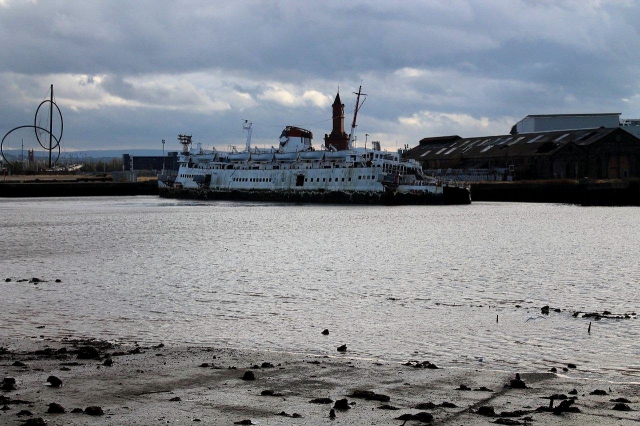 North Gare is a place to walk and exercise restless legs when the option of climbing mountains in unavailable. The reedbeds and dunes harbour an absolute abundance of wildlife and the mudflats are home to one of the country’s largest breeding colonies of common and grey seals. 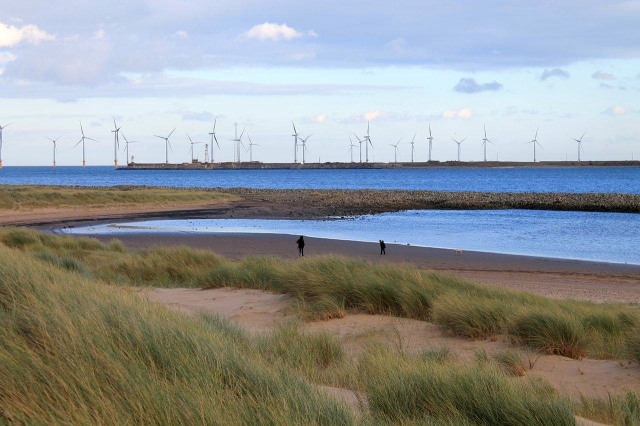 Despite the proliferation of chemical works, refineries, docks and a nuclear power station, there is a windblown wildness to North Gare. It possesses a certain appeal. Chimneys, cooling towers, silos, cranes, pylons, and miles of pipework, when framed against the backdrop of the Cleveland Hills, appear necessary as opposed to just ugly and alien. 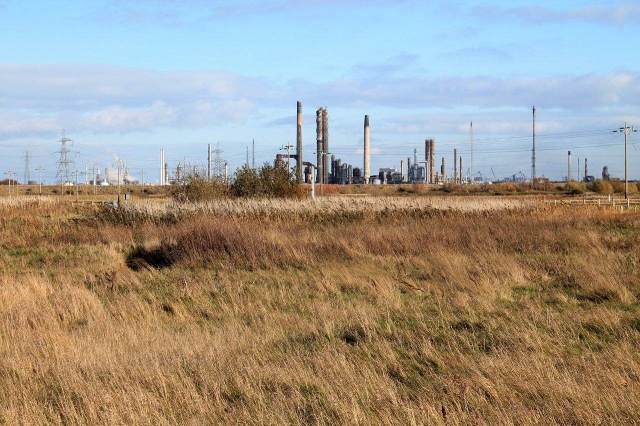 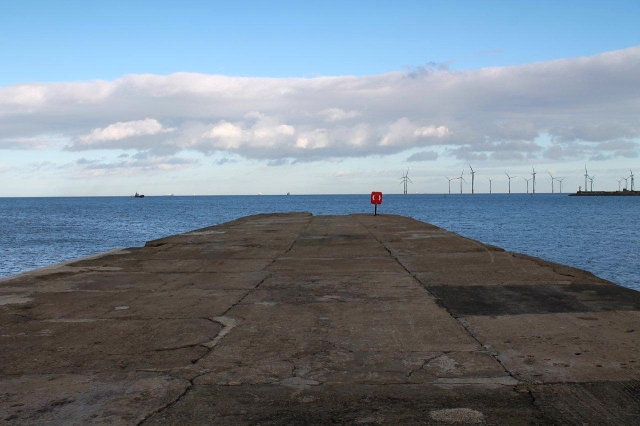 So I pace a couple of miles along the sand and to the end of the pier, listening to the calls of birds as vast clouds of white smoke belch from the steelworks at Redcar and drift out across the North Sea towards Denmark.

I watch a freighter nose into the buffeting waves and wonder where its voyage will end, and wish I was standing on its deck with the wind in my hair and the sting of salt in my eyes. But experience tells me it???s probably one of those boats that takes treated sewage out to Dogger Bank, dumps it unceremoniously, and then returns for another load. 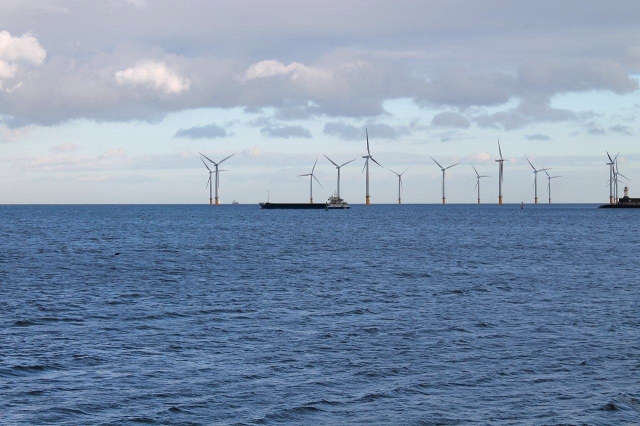 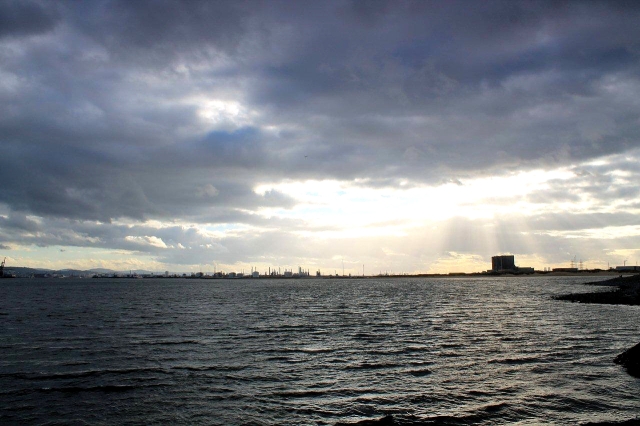 There is probably much more to say about North Gare but I feel I’ve said enough. Time for a mug of tea in the van before heading off towards another closed bridge. 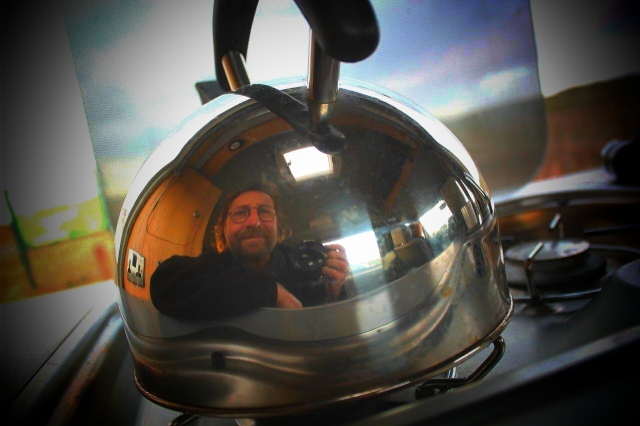 Alen McFadzean. Journalist. Recently made redundant from The Northern Echo when my job was transferred to Wales to be done by people on lower wages. Former shipyard electrician. Former quarryman and tunneller. Climb mountains and run long distances to make life harder. Gravitate to the left in politics just to make life harder still.
View all posts by McEff →
This entry was posted in Environment, History, Industrial archaeology, Life, Rivers, South Gare, Teesside and tagged Cleveland Hills, outdoors, transportation. Bookmark the permalink.

21 Responses to Restless at North Gare